Do Psychopaths Feel Anything At All? 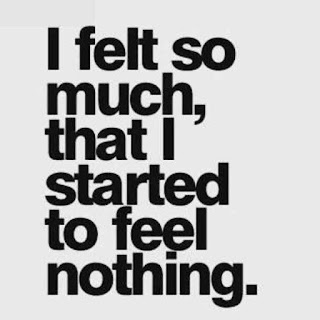 I Reader asks me the following question:

I came across your blog today and I would like to say that you indeed clear a lot of doubts in my head regarding psychopaths.

I have always been interested in Psychology and I understand that Psychopaths are truly misunderstood. Therefore, to understand them better, I have a question which I am hoping, you will be able to answer.

So my question is, are psychopaths totally incapable of feeling emotions at all or do they, at a deep level, do feel emotions? Is it possible that they feel extreme of any emotion like anger or love or hatred like it’s either white or black with emotions. Either they feel it all on an extreme level or don’t feel anything at all?


Far from all psychopaths are completely incapable of feelings or emotions.

- No, let me re phrase that: No psychopaths are completely incapable of having feelings or emotions.

I know the idea is a popular and common belief among people in general, but the truth is that there is no such thing as a human being without any feelings whatsoever.

That being said, there are psychopaths who are very close to not feeling anything. But if you look closer, you will find that in order to f.ex. eat you have to be able to feel hungry, right? And in order for these extreme psychopaths to perform very horrific sadistic crimes, putting other people through unbelievable torture (an example would be the acts committed by Leonard Lake and his "apprentice" Charles Ng(1*).


The matter is not whether psychopaths can experience feelings or have emotions, but what kind of feelings and emotions they can experience, and this is something we know a good deal about (psychopaths know, of course, but psychiatry is catching up).

The main type of emotion that psychopaths tend to lack - some lack it completely while others - such as myself - can experience it for a short while, particularly if and when I have a reason to want to do so. The emotion I'm talking about is Empathy.

Coupled with the absence of empathy is the other aspect that you bring up: The depth of emotion.


Psychopaths tend to have 'shallow emotions' or, phrased in correct psychological terminology, 'Shallow Affect'. This basically means that the depth of understanding of one's own emotions, and, as a natural consequence the understanding of other people's emotions, is lacking and superficial or even completely absent in psychopaths.

Some of the reason for this is that the feelings and emotions that we psychopaths do have tend to be superficial and 'flimsy', short lived, we may have a vague idea of what it means to be sad or to be seriously frightened or afraid, but since we have never experienced any of these emotions at any deep level ourselves, it is difficult for us to put ourselves in other people's shoes.

Add to this that other people's understanding of our lacking ability to feel as strongly and deeply as normal people do means there have never been anybody in our lives or during our upbringing who could explain these differences between ourselves and others.

In other words, we are expected to be - and treated as if we are - the same and feel the same way as normal people. This can understandably lead to the psychopathic youngster (and adult) believing that the strong display of emotions that we see take place around us is fake, a make-believe that is being staged with the purpose of manipulating particular reactions to occur in others.


A young psychopathic individual who has a sincere wish to be a just and helpful, truthful member of society, will conclude that society at large is rotten and untrustworthy, that everybody are looking after their own interests at the expense of others, and the psychopathic teen or young adult will often become a jaded, hardened and self serving person who is very good at doing what he believes everybody else have been doing all along: manipulating each other.

When he sees himself vilified because he is better at doing what everybody does anyway, he becomes resentful and may retire into a dark mindset where wish for revenge at a society that never understood, accepted or treated him just, rules his actions. Many young psychopaths develop a certain level of Antisocial Personality Disorder(2*)....But this is perhaps a subject best left for future article(3*).


The depth of ability to feel emotions differ of course in between psychopathic individuals, and it isn't possible to know precisely how much or how little psychopaths at each end of the spectrum can feel or not feel. At the end of the day there's a lot of grey areas not only within the spectrum but at the upper and lower ends as well, which is why it can at times be very difficult even for an expert to make a proper diagnosis.

(3*) - Note that Antisocial Personality Disorder is not the same as Psychopathy - even though the two have been categorized under the same paragraph in DSM-V in spite of the plan to separate them. <-- Sorry, I couldn't avoid a Wikipedia link completely.

(3*) - I have touched on these matters before. In my earlier writings that date back from before I began studying psychopathy on a more serious level you will find a lot of antagonism in how I perceive the world.
Posted by Zhawq at 2:58 AM 76 comments: