Kind & Wise Words - For Someone Undeserving? 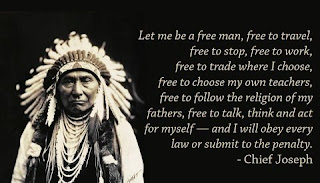 I have received many comments with regard to my articles about the physical issues that I have. It took my several years before I felt comfortable enough to tell others about my disability and the reason for it because I knew I probably wouldn't be believed. I will write a little more about that in a future article, but mostly I think I'll probably move on to other subjects. However, I did write it on many requests, via emails and in the comments section, so it wasn't a sudden whim of mine.

I will post a comment left by one of my Readers and then do the same with my reply. Here goes...


It is nice to know your problem is not spinal because that is the worst thing. I am not even slightly curious where you are because most countries are overregulated by government and I would not get anything out of knowing your location. People refuse to believe sad stories because they are used to stories with a moral behind them. Someone got into trouble because of some obvious misdeed they did. Random injury and disease does not fit into their worldview. Accepting nihilistic reality would shake them too much and introduce a new layer of stress they cannot even imagine coping with so they are eager to dismiss these kinds of information because they know that the amount of worrying weighted against the amount of change they can make is bad. My health is also bad and I have been reading about doctors and medicine is most advanced countries, some even with a economies that are described as free. Medicine is extremely untransparent and shady and all of that is hidden behind the ideal of privacy.
Anyway you seem to be in a bad situation but not too bad as you can still have things done to you to fix your knee. There are reasons to be optimistic but my guy cannot do anything for you as your problem is missing stuff in your body and all he can do is some manual repositioning. Your problem is mostly money and I cannot really do anything there as I am not a rich person. However I have a scheme to get rich and if I do I will contact you to fix your knee or atleast give you a decent chance at tricking me into giving you the money. It's a win win because I will help you in both cases and either feel good about it or get a lesson from it.
Darius

Here below is my reply...

You're a very kind person and the first who have said you would help me out openly here in the comments section, ever. But I can assure you, that if that was to be, I would not take your money without providing your proof that was impossible to doubt before I received as much as a dime from you. You would be able to meet me beforehand, and that alone would be quite convincing. I can now hardly walk 50 meters without doubling over in pain and I can't bent my knee to sit down normally on a chair. I am thus excluded from most restaurants and cinemas and I can't visit people privately because I can't close the rest room door (my leg sticks out).

So while the people I live among are hard to interact with as such, this makes the isolation complete.

Put on top of that that I used to be very athletic. I was not a leading athlete, but I trained as if I was one. It kept me sane because I have this ADHD-like trait that many psychopaths suffer from... in my experience it is imperative to most psychopaths that they have the ability to stay active most of the time.

I think I will leave it at this but still want to tell you that your comment touched me deeply, so when I didn't reply to you right away the reason was definitely not indifference, rather the opposite. But I have also had some hard days after falling from my chair as I was about to get up, and one of the legs are now so wobley that I've been reluctant to use it again since it's just a matter of time before that leg with come completely off and I'll have nothing to sit in when I write and surf the Internet. Anyway, I'll have to find a solution to that.

Funny as it may sound, my sleeping chair is close to the same state and I'm not sure what to do when that happens. But I'll figure something out.

Thanks again for kind and uplifting words to me. You have wisdom, Darius.
Posted by Zhawq at 4:50 AM 29 comments: