Psychopath: Language & The Meaning of Words. 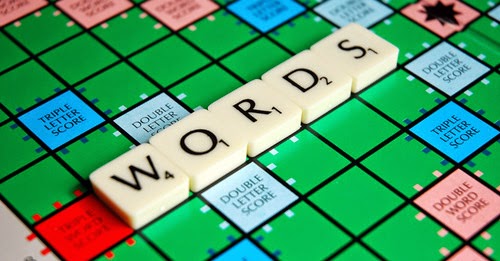 Psychopaths use Language Differently from how Normal, Neurotypical people use it. We often apply more elaborate Meaning, but less Emotional Foundation, to Words than Normal People do because our Brains Function and Process Language, Meaning, and Emotion Differently from Non-Psychopathic People's Brains.

Psychopathy researchers and psychologists have known this for years, possible for several decades, it is not new to them. In this article I am going to describe with an example how I use words differently from the people around me.

Robert Hare, in his book 'Without Conscience', writes about the shallow emotions of psychopaths. One of the examples he gives to convey this goes something like this: "They (the psychopaths) will typically say 'This is fascinating'", using the word 'fascinating'. And for me it is true, I do use that word - a lot. But...

- That line stuck with me. I think it's a little strange because to me it has always seemed that most normal people, when they say "This is so interesting" or "How interesting, don't you think?', display shallow emotions. It's like a display of lazy curiosity. I guess I find it shallow because mostly, when people say something like "isn't it interesting?", I see absolutely nothing interesting in the subject they're talking about at all, and very often I know they're not really interested either - at least not enough so to actually investigate further. I.O.W., it's just words to show you're a social and friendly person.

I don't hear the word 'fascinating' be used in that manner - except for a few exceptions where it was used as a group relative semi-slang that these people simply used instead of the word 'interesting' to show they had linguistic finesse and weren't plain (How 'interesting'! *yawn*).

Isn't the word 'fascinating' a reflection of stronger emotions than the word 'interesting'? I believe the link above shows that I'm right when I say it is.

I see it this way: When something is interesting, it is simply logically interesting, there's nothing emotional about it, you're merely making a neutral observation (ref. also the link 'interesting' above). But when I use the word 'fascinating' about something, it means there's an emotional element involved, I want to investigate further because it connects with a personal interest that I have in the subject.

Maybe  Doc. Bob Hare simply meant to say that we psychopaths use the word 'fascinating' without really understanding or knowing about the emotional connotations that this word entails, that we use it to fake emotional interest and that we do it habitually (since Hare notices that we use it a lot). After learning that I fit the criteria for having the psychopathy diagnosis, I very often question myself about how accurately my emotional experience fits the meaning of the words that I use to express myself when I communicate with others. And while I have found many examples where I obviously don't have the actual feelings behind the words I use, I've also found a lot of cases where I'm just not entirely sure.

But this will not come as a surprise to Doc. Robert D. Hare, he was the first to discuss the many examples where people - probably mostly psychopaths - have some degree and type of feeling about something. But it is a very unclear and murky kind of feeling that even the person themselves aren't really sure about, that we don't know what to call, and definitely don't know how to describe or explain.

Conclusion: While there clearly are psychopaths who deliberately fake an interest where they have none by saying "How fascinating!", this doesn't fit in my case. I don't use the word 'fascinating' if I'm really not interested, I'll be more likely to use the word that those i am communicating with would be using, and I generally dislike rigid linguistics, I mush prefer to allow language to be a fluid ever changing tool, just like life itself which never stays the same.

I am a good person, a good psychopath, and I have found proof that this is possible.

I used to dislike being called a psychopath. I didn't like to be associated with primitive simple minded selfish brutes and wanted the stigma gone. I really didn't like anything about it, but this has changed. I have stated early on that I believe I'm a good person. Readers who have read some of my earlier texts will know that this is a truth with modification, but I will explain why I nevertheless still think it is true.

I have also said that I don't think a brain scan can tell how I interpret my emotions. While I may not have proved this, I have found something that proves something else: You can't determine whether a person is good or bad based on the result of his brain scan. The video above features James Fallon, a renowned neuroscientist who got the surprise of his life when he accidentally had put a copy of his own brain scan into a pile of psychopathic killers' brain scan results, and he found that his own had the exact same kind of 'killer pattern' as theirs.

James Fallon's findings changed everything that was thought to be known about psychopathy. In fact, we now know that psychopaths can be completely well adjusted and productive members of society. They can have a loving family and a job that they do well, they can have friends and be very well liked, they can have a blank crime sheet and never have physically harmed anybody in their lives, and yet have the brain of a violent psychopathic killer.

So there you have it, you can essentially be a psychopath and yet not be a threat to society.

But if this is true, why do some psychopaths - myself included - become antisocial? The answer I have found to make the most sense is that those of us who become antisocial usually have had a childhood that was marked by neglect and/or abuse, especially very early on. It is true there are cases where none of this seems to have played any role, but I think there's one more thing that is very important: To be understood and to be given guidance that you can emotionally relate to.

Let me say right away that there are levels of psychopathy, and obviously there will be the odd few who can't be reached. These are people who score 40 on the PCL-R (Psychopathy Check List - Revised). But if we have to go down that route, there are also people at the far opposite end, people who are so emotionally overloaded and without filter that they can't function. They create a different kind of hell, while mostly for themselves they can't be easy to live with either.

That is not to say that I think everything should be within the narrow mainstream. There does have to be some sort of balance for things to work, but we need variety, we need those who are different - whichever end of the spectrum they may inhabit - and I am glad to be who and what I am. I am not happy about my past and I am not proud that I had to go through years of antisocial shit, but I did what most people do not: I dug my way through it and came out at the other end. I now have a choice, I am no longer a victim of an abusive and neglectful childhood, and nor do I have to victimize others in order to feel some excitement anymore. I got over that even before I began writing this blog. But while at first my lack of need for antisocial activity used to stem from the fact that I had already done all that, it is now based more in understanding who I am and why I felt driven to do the things I did.

Let me end this article with a heart felt thanks to James Fallon for having made available to the public the findings you made that day when you accidentally left your scan results in the psychopathic killers' pile.

Watch another James Fallon video about psychopathy and the role an abusive and neglectful childhood plays in making a psychopath grow up to become antisocial and violent, here.

PS. I mentioned these things in a debate on Youtube and expected the reaction to be something like: "Really? That must be a mistake! Surely psychopaths can't be good people?". But boy, was I wrong. The reaction I got was: "Yeah, James Fallon and Kevin Dutton(1*) are lying because he's working for psychopaths!"....Those interested can read the whole thing here.

(1*) - More about Kevin Dutton in an upcoming article.