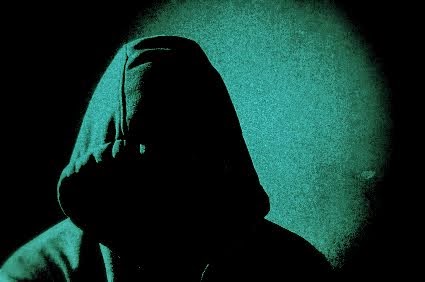 Here is the second half of the email the first part of which I published yesterday.

As in Part 1 of this article, I have kept the content unquoted and aligned my own words to the right, while my "Interviewee's" text is aligned to the middle section of the page...

...I'm virtually a saint in some instances. Okay, kidding, but you see what I mean.


I admit, I chuckled a bit at that one. But now to think of it, I do get angry more than I seem to think. Not many people see me angry. In fact, the only ones who were able to drive my nerves were my parents. Like when they got angry at me for doing something I wasn't supposed to. Now, I don't really care hat my parents think. In fact, I prefer they be disappointed in me. That's when they stop interacting with you. It's a much more calm environment.

But the few times when I do express my anger, when enough is enough, I don't have that "energetic" trait most people recognize anger with. I usually just call people names that match their weakness (i.e. Double-chin, poor, man-tits, mosquito-bites, wannabe, pervert, dumb-ass), or if someone I'm not familiar with wants my attention, I'll just flip them off and walk away. All of this, of course, I do calmly. I don't even so much as shout. But overall, yes, I'm just good at not showing it. Most of the time, I hide it, and hide it well. Over time, it diminishes. Only few times have I expressed anger.

On the note of charm: No, I'm not satisfied. I've once asked a woman I know of if she was single. Even whilst I was thinking on what to say, my heart rate was starting to speed up, I started breathing heavy, and I was getting shaky. I had no idea how I managed to hide it all, but gave off a smooth, confident air, like I had planned. Anyway,  I planned out, that if she said she wasn't single, I'd still push her. I'd say, "Too bad! I'll I'm gonna ask you out anyway!". This was supposed to have a comedic effect, and at least get her thinking. Instead, when she said that she wasn't single, I got nervous. I was still able to hide it, so I tried exploiting that, and continue with the mentioned quote. Disappointingly, I was only able to say, "Too bad.". Even today, I get pissed at myself for letting nervousness get to me. For letting the fear of rejection dominate me. The only thing that kept me going was the thought, "What's going to happen tomorrow? Nothing. It will be like rejection never happened."


First, tell me what your expectations are with a domestic life with a wife and a kid. It is the only future goal you have listed, so I assume it's your main aim, yes?


My expectations are to encounter conflicts that may be considered 'frustrating' or 'difficult'. This is better than boredom, isn't it? It has that 'real-life' sense to it. You know how, if you put in a list of cheat-codes in a game, it makes everything easier? Well, continue playing for a while, and it becomes "fatally" boring. If there are tasks that actually challenge you, then the amusement comes flooding back in!

My wife, to be blunt, would be curvy, sharp-tongued, agile, a masochist, callous, highly manipulative, humorous, and would know when to actually buckle down and get serious.

Also, the child (I only want one so as to prevent too much stress and only one mouth to feed, so as to save money) would be a daughter (yeah, big surprise I want a daughter, right?). My expectations would be that she was obedient, but sometimes rebelled. Unlike people in general, I want my daughter to be more "human" than completely obedient through fear and intimidation.  She would make mistakes and learn from them, she would be taught self-defense, she would take up my twisted sense of humor, she would be sharp-tongued, loquacious, playful, intelligent, attractive.

So yes, that is my main aim.


What made you choose this, rather than <examples>?


I honestly believe that I have fallen in love, once. You must understand that a "crush" is nothing compared to actual "love". F.x. you said that you always wondered why people you knew where getting crushes on teachers, girls at school, etc.. But that was merely because they thought of those women as "attractive" in their taste. They begin to manifest arousal into affection. An emotional attachment is grown, even without so much as speaking to them. Thus, we have what is dubbed, a "crush". I myself had started a bit too early, as my first crush was in kindergarten. But that's an irrelevant story.

Don't get me wrong, I still have a taste for power. Maybe starting a gang, or similar paths. My fashion of power wouldn't be being a CEO or a judge. I would prefer making them do tasks for me. If I say to do this, do it. If I say do that, do it. Not just firing people or sending them to imprisonment or death. That's not enough options. Too many restrictions. I want a place on a throne where my word is law.


Also, describe to me where Love fits into all of this. What are your thoughts on love?


My "dream wife's" personality was made to correspond to what would make me grow an instantaneous, extreme affection. It would be impossible (No, not "virtually impossible" or "extremely difficult", impossible, as in, "Not a chance in Hell") not to grow an emotional attachment to her.

Maybe this will help you on some confusion of what your thoughts are on love:
You know how if you ask some people, "What is love?", they'll say something like "Hell" "Crappy" and otherwise unpleasant things? Well, emotion tends to make things difficult for average people to recognize, explain, and address. "Love" is the strongest emotion of all. Therefore, it is most confusing. Well, where people say that love is hell, they just can't put their finger on (with the exception that they think about it for a long time) the fact that it is rejection, envy, abandonment, betrayal, and mistrust that we hate. Love would be the center of a spider web, for example. You are an ant, and the spider is all the emotions that are unpleasant. Of course the spider will get to you, but you have determination and logic & reasoning to defend yourself with. Unless you don't know how to use your tools, you will be eaten by the spider. But if you are successful in getting to the center, you will always have a sense of great satisfaction, happiness, comfort, and motivation.

Now for you:
Imagine it all: smarts, looks, power and control, wealth, and all the other luxuries you desire. Now imagine all these took on a human form. But just a silhouette. You will always see this form through a thick crowd of passersby, you will always hear them loud and clear, even when they're whispering. But to attain all of what it holds, you must woo it. And keep in mind, even once you do attain it, it has free will. But you trust it, and you never even imagine it leaving you. All you have to do is keep it happy. And you can! You can do this without even trying. You don't even realize you're keeping it happy. Because everything you do is exactly why it stays with you.

Tomorrow follows my response in 'Email Interview: Am I A Psychopath - Part 3'.
Posted by Zhawq at 3:13 PM

Its funny how much comes across in someone's writing, you can clearly grasp someone's perspective and emotions, semantic empathy I call it.
Painfully familiar.

I especially like the nervous description, I used to be just like this. It always seems ironic, like it doesn't fit the picture of a psychopath, to be mal effected by your own nerves, even more than most guys.

When that ship sails things get better, for me it has been replaced with a calm confidence that works like a magic wand.

I'm going to experiment with the readers take on boredom and overcoming difficulty to see if it works as a constructive remedy in reverse.

Definitely works....you do things in a day that overcome some obstacles and boredom is alleviated somewhat.

"smarts, looks, power and control, wealth, and all the other luxuries you desire. Now imagine all these took on a human form."

Interesting assertion. But it makes some assumptions that may not be applicable. The only thing of interest to me on this list is smarts, specifically knowledge. I have no interest in power or control, wealth, or any luxuries other than those which cannot be taken away from me. I place the highest value on science, mathematics, logic and reason, and philosophy. I do not place high value on material things, I don't have much use for them. But knowledge, this cannot be taken from me, once I have learned it, it is mine. About seeing it in human form, by spreading what I know around. Teaching people about about math, science, and philosophy, and challenging them to think about the world around them, I do create what I want in human form. I create it in every person I encounter who will listen

In fact knowledge is the reason I'm here. I am not a psychopath. But reading what others have to say about their experiences and lives aids in my quest for knowledge, it helps me understand people, the world around me, and my place in this universe. Understanding logic and reason, in addition to a vast array of knowledge helps me seek out the truth. It is my vaccine to others' bullshit.

You forgot to mention looks. ^_^
Also, it seems like you completely discard emotional knowledge. There are so many things that you can learn outside of logic. It overwhelms you, and it's like a high. Try this philosophy out for size:

If you already had at least a basic understanding of this, sorry if I offended you. -.-'