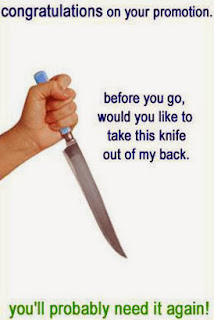 Once we had Established that he could Call Himself a Sociopath, we went on to Discuss a Psychological Problem that he had been Struggling with throughout his Adult life and which I to some extent could Understand giving what I had been Able to Learn and Put Together about his Background....This guy had an Insatiable Urge to Kill, to kill not just any Kind of Life, but Human Life. In short, he Wanted to Kill A Human Being. Not any Particular Human Being or even Somebody who might have Wronged him or otherwise given him Reason to want that Person Dead, it was the Act Of Killing in itself that Possessed his Thoughts and Formed Basis for an Intense Recurring Longing.

Let me say right away that I know it isn't entirely uncommon in people with AsPD to Struggle With An Urge To Kill People and there have been some individuals who have publicly expressed the same desire on various forums on the Internet, some of which may be known and frequented by some of my readers. This being the case I would urge you to not jump to conclusions as to who the person I'm writing about here may or may not be.

For most of the remaining period that I and my AsPD friend corresponded the subject was on how to deal with the Longing To Kill People (here's yet an example of someone describing the problem: Urge to Kill - Ask The Therapist). I knew this was not an issue to take lightly and thought about a way to deal with it without actually putting anybody in harms way, and at some point I advised him to look into the many Unsolved Murders in Mexico which is a case of large scale murders on women that dates back to 2004 or earlier. I knew this young guy is intelligent, and my thought was to give him an intellectual psychological outlet while also placing the actual scene beyond the border of the US.

Weary of being too specific about anything since I know how easy it can be to use poorly chosen words against someone - and not least someone like myself - so I chose to put it in such a way that it could not be misinterpreted as something it was not while at the same time I felt certain my mail pal would know what I meant.

My words were: "Look to the South". I still have the files of all our correspondence, but there's no need to look up the exact wording because I know what I said. However, I didn't know that my "friend" chose to interpret it as an encouragement for him to go and actually kill women in Mexico himself. Of course I never suggested that he kill anybody, nor would I ever do such a thing, if for no other reason then because I don't believe the act of Committing Murder would've helped him, not to mention that I doubt very much that he would have actually taken the step. Had that been the case there's very little reason to believe he would have spoken to me about it for a lengthy period before getting into action. His problem was psychological, but not in a Behavioral sense.

As it turns out - to the best of my knowledge - he never did take action, but the urge kept haunting him and most likely still does. I am fairly certain that due to his fearful nature he never did, and never will, kill anybody. Luckily for him he's too concerned about his personal safety and with not getting caught to undertake a reckless action of this nature. Who knows, maybe the actual deed itself would in reality have proven to be more than he could stomach, but this I don't know for sure, it is only speculation.

What I do know, however, is the fact that throughout our correspondence he was trying to make me believe he was someone, or 'something', he is not, at least not in the traditional sense of the word. In short, I found out that 'he' was not him, indeed he wasn't a 'he', he was a 'she'. I sensed this early on but it took me some weeks to become certain that for some reason this person insisted he was a man when in fact he was not born as a man, but as a woman.

I waited for a long time before I confronted him about it, hoping he would eventually trust me enough to be open about him on his own. In the meantime I made a search on the topic of Woman Pretending To Be A Man and found websites such as this. I didn't find an answer that I felt applied to my "Male Sociopath" friend, I suspected his issue was more about disliking the physical weakness of the female species, perhaps stemming from personal painful experience. When I finally did confront him he reacted with self righteous anger and said things like "How can you think I'm 'just some' woman?!".

The Reader may wonder why I keep calling this person by the male pronoun. There is a reason for this which I didn't know about at the time. Hang on for the Distrust & Disloyalty - Part 3.

OK, I'm trying to get a handle on this.

"This guy had an Insatiable Urge to Kill...

...at some point I advised him to look into the many Unsolved Murders in Mexico...

...I didn't know that my "friend" chose to interpret it as an encouragement for him to go and actually kill women in Mexico himself. Of course I never suggested that he kill anybody...

Zhawq, my head is spinning. You live an interesting life.

On another note, when you have time in the future would you please tell us about the Psychopathy Test Series you are participating in? You've said that as a condition of your release, you had to continue on with the Psychopathy Review Board. Would you write something about that, what it's like, what they make you do, what freedoms you give up? I'm sure many readers have the same questions about a fascinating topic.

hmmm, I am interested in the part of having a strong and reoccurring urge to - whatever.

Where Would you say the heart of this urge/psychological "problem" lye ???

I can relate, the starkest example I can think of is in very young children with dissociative/attachment disorder , who want to kill there parents at every opportunity.

Is it a position we have decided on given our circumstances ? The most applicable reaction we can muster. Are we cutting off our nose to spite our face?

I think we decide this is our best bet, and having used it to cope, we have found no way of rectifying our environment so we hold ourselves and the world to ransom.

Could you talk a bit about accepting responsibility? Psychopaths are known to "not accept responsibility" as part of the affective domain of their condition. I understand there's some difference among individuals but you have a very high score so I assume that it plays a role in your personality as well :)

It seems weird though, do you remember the Iceman killer? He said that he accepts full responsibility for his deeds. I have heard other psychopathic prisoners say the same. This seems somewhat contradictory. I hope you can clarify.

Maybe this person is transgender. In which case, even if he is (or was) physically female, he is psychologically male.

I am curious about the study too...!

^ We only ever except what we want to, and certainly no degree of other people's values on our behaviour. Without guilt or regret for example, we can and do except the plain cause and effect of our chosen actions. We really only need to rationalise for other people, it is a pseudo effort to par our perspective/actions with that of normal people, so they can deal with it. We want what we want, no excuses needed.

Zhawq,
Before this last year I truly did not understand or even comprehend what a psychopath was. That has change greatly, because of realizing my son and partner at the time, have all the exact same traits and characteristics that I have discovered are consistent with the mental disorder of psychopathy.
My question to you, which in some ways you have already answered, "Is it one of the biggest fears of a psychopath to be discovered or "outed" by the general public?" I say you have already answered in some one by your disguise in this blog. Not using your real name or location. I'm sure for many reasons. Is one of them the fear of people knowing exactly who and what you are?
Thank you for any time or attention you can give to my question.

Have you looked into-Behavioral Variant Frontotemporal Dementia. This is mistaken for pretty much everything, from psychopathy to drug abuse to bipolar. Its hereditary and I am trying to raise awareness. It should always be ruled out in cases of reduced empathy. Please consider writing something on how to recognize this disorder, in case someone lands on your blog who has been misdiagnosed. It affects 50% of my family-my uncle likes to drown cats, so it can be very similar