Psychopaths & Setting Aside Feelings Or Emotions - 2 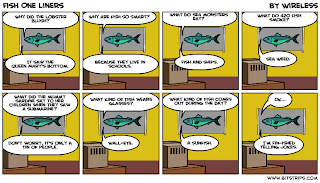 Another time I'd been physically hurt the night before I was to have a meeting with a business associate. I had difficulty walking without it showing that I was in pain, so already here I had to set aside some feelings, overriding the Neural Signals that told my brain I was in pain. Pain is a condition that can be quite compelling in terms of hindering normal movement, but moreover, I was hurt in a way that left me no choice either way because a muscle in one of my arms had been partially cut through and therefore couldn't function normally. I'd probably been able to set aside my discomfort from the pain, but the physical inability to control my movement was unsettling.

Obviously I didn't exactly look forward to show up in a weakened state, and I certainly did not want to wince in front of my associate while we were negotiating a business deal. As mentioned, the latter I might've controlled but not the former, and so this is a good example of a situation where I definitely had to set aside feelings both physically and psychologically.

I have to say that my Reader is right: We (psychopaths) do have the ability to put our emotions aside, though how easy it is differs quite a lot individuals in between, and it also differs what types of emotions we can easily put aside though there are certain commonalities. Frustration, f.x., is I feeling I cannot always easily put aside even when it would more than suit me, and the same is the case when I get very angry.

There is another type of situations where setting aside feelings can get into play, namely in a Buridan's Ass kind of situation where you're torn between two different possible lines of actions and both are equally appealing or vice versa. One such situation could be if you get to like somebody but for some reason have to either leave and save yourself some trouble or stay and suffer the consequences, and the other person would prefer that you stay. The catch usually is that the consequences you may suffer will also affect the other person, so the best choice will often be to leave. Or you might save the other person some discomfort by leaving but you really want to stay, and then it's a matter of weighing for and against: Will my discomfort be so severe that I think it'll be better to let the other person take some unpleasantness, or will it in reality be a minor discomfort to me and worth the satisfaction of knowing the other person didn't get hurt? I've had both types of situations.

The funny thing about it is that I still don't remember having to set aside any of my feelings or emotions, I see it more as a choice between which feelings or emotions I would engage with. This is a particular trait in psychopathy termed as 'fleeting emotions' and is related to 'Shallow Emotions' and 'Shallow Affect' or 'Flat Affect'. It still confirms nicely what the Reader said just as it does what I wrote in my previous article (mentioned in the beginning of this text).

I hope with the examples on this page to have given some idea about what types of situations that the Reader's statement have relevance for and to thereby also exemplify what the difference is between situations where you (if you're a psychopath) have no emotions to detach from in the first place and situations where you do have to make a choice and sometimes decide to not engage certain feelings.

Lastly I hope to not disappoint by not presenting better examples. It is not ill will, I just don't have any examples where deciding to detach has been either more difficult or relevant to me than the ones I have included in the descriptions above.
Posted by Zhawq at 4:34 AM

This is eye-opening. It is an open window into the way you think and to what you feel or do not feel.

In the first post of this series you said you do not have to set emotions aside because you have no conflict of emotions. The following two posts have basically said the same thing. Emotions are not overcoming your disgust at the smell of a rotting corpse or pretending your arm does not hurt.

I am not in any way attempting to put you down. I am pointing to the difference of our experience only. I think you have explained it nicely here, and that is what you are attempting to do with your writings, is it not?

I think if you had attempted to act and feel like us to convince us that psychopaths are the same, you could have done so easily. It seems you were honest here and just told it like it is for you.

That's what this writings is supposed to be about!

Thanks for answering my previous questions.

If psychopaths can't form emotional bond with others, how that translates into their relationship with the opposite sex.

I'm specifically interested in the aspect of aging. Are psychopaths more likely to look for (or "target") younger, fitter, more beautiful, biologically more "fresh" women or men even if they're older and more mature? Does outside beauty attract psychopaths more than the intellectual side and wisdom? Your view on this.

Being with a Psychopath is like the lyric in the Taylor Swift song driving a Maserati and hitting a wall. Great and boom its over....

"This is eye-opening. It is an open window into the way you think and to what you feel or do not feel. ... I think if you had attempted to act and feel like us to convince us that psychopaths are the same, you could have done so easily. It seems you were honest here and just told it like it is for you."

It would've served no purpose to try and make myself seem like normal people. My aim is to provide information about the differences between psychopaths and others and hopefully in the process show that being a psychopath does not necessarily equal being evil or having antisocial intentions.

"Thanks for answering my previous questions."

When I don't always answer questions posted in the comments section it isn't out of ill will nor indifference. It is simply because I try to answer questions sent to me by email first, but eventually I hope to answer all the questions that people have no matter where they were initially posted, though clearly this has some rather long perspectives. :)

"If psychopaths can't form emotional bond with others, how that translates into their relationship with the opposite sex."

I do say something about this in various articles, but perhaps I should consider writing a single article about it. I will keep it in mind.

"I'm specifically interested in the aspect of aging. Are psychopaths more likely to look for (or "target") younger, fitter, more beautiful, biologically more "fresh" women or men even if they're older and more mature?"

"Does outside beauty attract psychopaths more than the intellectual side and wisdom? Your view on this."

It differs in between individuals. But generally speaking beauty means less to a psychopath than it does to others - this is especially the case with psychopaths who are strong on Factor 1 traits i.e. less emotionally inclined.

"Being with a Psychopath is like the lyric in the Taylor Swift song driving a Maserati and hitting a wall. Great and boom its over...."

This is a wonderful way of putting it. '^L^,

You take my point seriously and with respect, and I duly take yours. Thank you for you thoroughness Zhawq.

Engage, set aside , detach, they all describe the same phenomenon. I think setting aside pain is the often the easiest. It takes courage perhaps and it does take spirit.

I agree for myself with your assessment when you say:

"frustration is a feeling you cannot easily put aside.
Same for very angry.
This is true for me too.

Frustration seems to be unique though.
I suffer physically from frustration primarily, and also anger.
Have even had this with fear from early experiences.
Although I can, do and must
set it aside, or not engage as you put it, I would be behind bars a million times over if I could not.

While "not engaging it" stops me from committing bloody murder on a regular basis,
and fucking things up in my life in general,
my body does not release these feelings and they cause psychosomatic(is this word just irony?!) problems.

Muscles stay locked on, stop the healing process for physical injuries, and generally throw the right side of my body in particular, out of alignment.
These muscles pull joints out of their proper placement and cause minor dislocations, left RIGHT, center and back!

Do you suffer from this? Or have any useful knowledge regarding ???

I can see plainly when looking at serial killers in pics and videos that many having a leaning on their right side, very occasionally to their left.

The only things I can find on this is vague generalizations in the occasional research paper that mention asymmetry in the physical appearance of psychopaths, or Marilyn Manson's lyrics of what he calls muscle atrophy.

I figure I need a good outlet for sex and violence, so I can get relief from the feelings that I have detached from. Easier said than done though.