Murder Does Not Change A Psychopath. 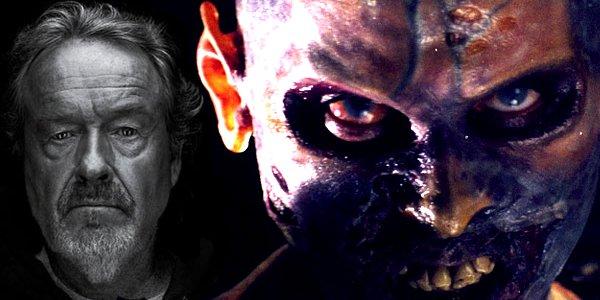 They say Committing a Murder will Change You. They also say Psychopaths Like to Murder people, that they Enjoy it find it Exiting and Stimulating. I've even been asked a number of times by people who haven't killed if it is true that once you've murdered someone you can't stop because the Act of Murdering gives you such A High that you become Immediately Addicted to doing it.

They also say that once you have killed someone you'll feel you have nothing to lose because you've crossed a 'final line', so murderers are capable of anything and will kill almost at random if they feel like it.

Well, whereas it does seem that normal people who kill tend to say it changes them - though not in the way suggested above (look here), none of it is true for me, you might even say quite the contrary is true.

I will try to explain...

Murdering people hasn't changed me. I'm still the same person that I've always been, and the same is the case for all psychopaths that I have met. The only thing I can think of in terms of change after having killed is that it made me realize it is neither addictive, nor wonderful or great, and this is something I obviously couldn't know before I had the experience. Killing didn't change my personality, it just added new knowledge to what was already there. I've always known I was capable of killing, but though having actually done this deed made a difference in that it gave me another and in a sense higher awareness about myself, it didn't change who I am.

As a consequence of not feeling any kind of 'rush' or 'high' from killing people, it should follow logically that I am also not addicted to doing so in any way or sense of the word. The very notion is nonsense to anybody but a very small minority of murderers who become serial killers. They're often addicted because killing to them is a sexually charged act (ref. Dennis Rader, to mention but one example).

As for feeling I have nothing to lose because I've killed, that simply wasn't the case. I've never felt there was nothing to lose because I killed, on the contrary I felt there was a whole lot or work in front of me to get past the obstacles that comes with being a known killer. And I was willing to do that work, I was even interested because it represented to me a chance at doing things differently in the future.

Yet I now feel exactly the way I'm expected to: I feel I have nothing to lose. But it wasn't any crimes on my part that caused me to feel this way, it was the acts of indirectly attempted murder by normative society who has broken all the rules and laws it so eagerly force upon everybody who happen to not be part of the Official Law Enforcement Powers System. What "changed" me, or rather what made me realize I don't have anything to lose, is finding out just how right I was to begin with as a kid and a young teen who didn't believe in anything anybody promised or told me unless I could confirm it myself first. I was right back then - I've got plenty of proof over the years - and I'm just as right now. But I was wrong during these past one and a half years while I actually thought it was possible that they would live up to their side of the bargain.

I know that I can't rely on the authorities to help me if I call for assistance when someone tries to kill me, tries to steal my property, or tries to rape my woman, or in any way tries destroy, damage, or take away something that I own. So I just might end up having to do what I thought was over and done with, because I'm not about to sit idly around when crimes are committed against me, no matter how much the authorities sanctions such acts....unless I manage to get my funds back up in time so I can leave this place and get a decent life somewhere else, because fairness on behalf of those who demand everybody else behave "fairly" (read: obediently) is certainly not going to happen here, that much is more than clear.

But it's not even just me, at this point I guess I find some sense of pleasure at witnessing how dreary and emotionally painful lives people around here live. It's really no wonder that this state consistently has the record for having one of the world's highest annual suicide rates throughout the century. However, I do not plan on killing anybody again, nor do I plan on killing myself either, but even though for the time being I can't defend my Human Rights or my belongings, I WILL Defend My Life if I have to.

To those who let comments at 'Stalker Story Ends - A New Psychopath Begins': I have replied to everybody who didn't email me.

I always appreciate to hear your thoughts, your ideas and suggestions, so keep them coming.

Hi Zhawq. I emailed you a week or so ago, but the email address I used failed me. Anyway... Would you be willing to do a short interview (completely anonymous)? If not, do you know of any psychopathic individuals who would be willing (e.g. "B" who you interviewed earlier)?

you can find my email address under Contact (the tab next to Home). Copy and paste it and you won't have to bother with spelling it correctly.

I am always open for an interview but would want to know a little bit about who is conducting it, what it will be used for i.e. the purpose of it, and so on.

So please email me and let's see if we can arrange something. '^L^,

Oh cry me a river Zhawq. "wahh the government are mean to me" "wahh I live in the worst state ever" "wahh I don't like food because I'm anorexic." - Always blaming other people for the situations you put yourself in... Get a grip of your life, stop complaining and put some work in to make your life better. You know this is what you need to do, so stop thinking about it, and just do it! Right now! not later, not tomorrow, NOW!

It would be interesting to hear your thoughts on antisocial personality disorder and why people who suffer from the diagnosis often have a non- definable sexuality as the bigger proportion of the population as-- as so many ASPD's are bisexual and are in to different kind of perversions and sexual acts? Often sexuality and sadism is intervined and their only main object is sex? And what about those who are not interested in sex, do they exist? If so, do you think they even want a partner if you discard the motivation to control someone.

Always blaming other people for the situations you put yourself in... Get a grip of your life, stop complaining and put some work in to make your life better. You know this is what you need to do, so stop thinking about it, and just do it! Right now! not later, not tomorrow, NOW!

You do have a point. Though this article (above here) has nothing to do with it, I admit I've had more difficulty with letting this go than I've had with anything else that I can remember over the past 25 years or so. Part of the reason no doubt is that I'm angry at myself too because I somehow refused to see what should've been obvious, and it's always more frustrating to be taken when you're partly to blame yourself.

In those past two articles (which I'm guessing you must be referring to) I got that frustration off my chest. And now it's time to move on.

I'll have to look more into this. I'm not aware that people with AsPD more often have a non-definable sexuality, though if indeed that is the case I would guess it has something to do with childhood abuse.

"as so many ASPD's are bisexual and are in to different kind of perversions and sexual acts? Often sexuality and sadism is intervined and their only main object is sex?"

This is not the case, at least not as a rule. Indeed, what you describe would be more a description of psychopathic sexuality.

Whereas a larger percentage of psychopaths than non-psychopaths do tend to have a non-descriminating approach to sex with both sexes as well as a larger variety of sex partners and sex styles, there is also a number of psychopaths who's main purpose in life is to have sex as often as possible. It is the only thing that they find to be a stable source of pleasure.

"And what about those who are not interested in sex, do they exist? If so, do you think they even want a partner if you discard the motivation to control someone.

There is indeed a larger percentage of psychopaths who have little if any desire for sex at all and who don't feel any particular attraction to neither the female nor the male sex. These individuals often sit highest on Factor 1 traits.

Since people with AsPD sit high on Factor 2, but are low on Factor 1, they are more likely to have a specific attraction to one sex and one or a few forms of sexuality. But again, I will have to look into this further.

It's a good topic, I will note it for a future article.

Still at it, eh, Derrick?

These same wordly pressures get to me too zhawq.
What about thrill killing - this is a reason for many a psychopathic murderer-
And just the satisfaction of completing your goal(killing the victim).
There is plain old vegence killers too, drawn by fury to avenge.
cheers

It's refreshing to read about your experience with killing. be it self-defence, intentional or whatever. I have found the act to be somewhat of a release, not a sexual one in anyway, the kind you might associate with drinking a cold glass of water. The challenge, thrill and as I have found, when sitting with friends or be it in a crowded place knowing what you are with not a single suspicion. Admittedly pride.

Out of curiosity I would like to know a little more about your past venture.

^good for you. Don't let that narcassism get out of hand though, could be your undoing. Like many others.

i hope this doesn't seem intimidating, but i think you have a pretty interesting perspective on your experience with killing someone. i'm pretty curious about everything surrounding the murders -- how you killed the person, what their relationship was to you, the covering up, and of course, how you felt/ what you were thinking at each one of these events during this period. i'm not sure if i'm neurotypical or not (i've been kinda hoping i am), but think how casually you say you've killed 3 people is kinda fascinating. if you're unable to say outright all these details, at least let me email you if you'd allow me to pry further.

May I ask what your thoughts are on the new Hannibal TV series? If you have seen it what is your personal thoughts on the character Dr Lector-even though he's a fictional character.

Yes id like to know your thoughts on the Hannibal tv series character Dr lecter as anon said above as well. The sight of blood and fights have always thrilled me and gave me a release from the monotony of life, like a release of tension, like Zawq said "drinking a cold glass of water". Refreshing.