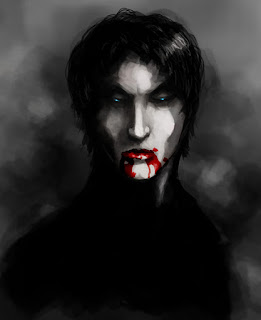 My First Murder: Why did I do it?

A Reader send me a list of excellent questions regarding My Murders. In this article I will answer the first Three Questions:

You have made reference in your blog to when you were 18 and went to prison for murder the first time. Does that mean you have committed more than one murder?

Why did you do it?

Actually there was not one, but a combination of reasons to why I decided to kill a person the first time. I avoid saying "I have Murdered someone!" because the word 'murder' has such a sinister connotation to it, it seems to describe an act of meaningless cruelty, and I never thought I killed without logical reason.
It may seem strange or backwards from the perspective of someone who naturally experiences empathy, that I would find gratification in my insatiable hunger and thirst for life by taking that very thing away from someone else. But perhaps you can get an idea about my mindset if you think about the saying "One person's survival is another person's death" and what that means.

What did you expect to gain?

I expected to find out how a person would react in reality, seeing and experiencing it for myself first hand, when they're inflicted pain upon and they know they'll be killed, that they're going to die within a very short time. I also expected it to be an experience with excitement for a life time. As it turned out, that wasn't what I got.

Killing people isn't all that it is made out to be, and I'm sharing my own experiences so that - besides providing material for researchers - I may be enabling others to benefit from having this information before they put their own lives and freedom at stake (as well as those of their potential victims, of course, though they're not what I'm personally or emotionally concerned about) by trying this for themselves. - I'm fully aware, though, that those of you who are very high on Factor 2 traits will be likely to make your own experiences anyway.

First of all, as I found out later each individual reacts differently to various situations, and that includes reactions to being submitted to torture and knowing meanwhile that they'll die, either as a result of the torture or when their torturer decides that it is time to kill them, or because he just don't find the situation interesting any longer and therefore kills them.

Furthermore, the impression we get, and are so used to, from watching and listening to portrayals and murderer interviews, in movies and Real Crime TV shows, i.e.(re-)creating murder scenes and describing the act of killing... all of this is in many ways nothing like the real thing.

To a psychopathic youth these sources (TV, movies, books, News Papers) more or less indirectly promises more than most individuals, who at some point do themselves Commit Murder, will be able to obtain in real life.

The way they do this in movies is to carefully design each event, every detail has been prepared and researched by professionals with years of experience and often years of education in film making, and who therefore also have knowledge about how exactly to push the psychological buttons in the viewers that will cause the viewer to experience the greatest possible amount of excitement without them actually having to do anything or even be physically present on the murder scene. All they have to do is watch.

In our society killing one of our own species is probably the greatest taboo we have. It is based on the Western world's Christian heritage, but when a functioning logical explanation is lacking, to a young and rebellious person who doesn't have the common ability to experience empathy, taboos make no sense. To someone without the mysterious connection called Empathy, which most of my Readers take for granted, one of the foremost purposes in life logically must be personal gratification in whichever form you can get it.

This is how I have been thinking throughout most of my life, and it is how psychopaths think - usually throughout all of their lives. - The modern philosophy of keeping psychopaths in the dark as much as possible is dangerous and will prove counter productive. But that's for another article.

We all know the saying: "Forbidden Fruit Taste Best". And to me one thing was certain: Legal fruit had almost no taste at all; I was so very hungry to experience life, but the small part of life which I was offered and allowed to taste seemed like nothing more than an endless string of colorless monotony, morals without sense, boring and pathetic formalistic performances of social interactions about which everybody insisted they felt this or that but which none of them could (or would?) explain.

They (the adults, the caretakers, school teachers, therapists, psychologists, even other kids) always believed I was fully capable of feeling all the same things that they did, but I just was too bad and too evil to be willing to do so.

I found early on that forbidden fruit did indeed taste the best, and I sought it out with fervor and all the reckless, energetic confidence of a young teenager's unrealistic expectations to life.

I expected the act of killing another person to be the greatest experience I could possibly ever hope to get, and the plan was of course to get away with it too. I would outwit the adults, compared with whom I thought myself unquestionably and utterly superior. To Get away with Murder seemed to me to be a way of proving to myself that I had complete control, and control has always been a central part of what drives my actions.

And I did get away with My First Murder... for a while. I was caught a few months later.
Posted by Zhawq at 4:47 PM 36 comments: