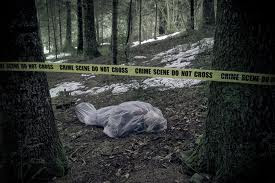 It is no secret that I have killed people. I have actively and violently put people to death, and thus I am legally considered a murderer and I have been sentenced as such.

I have received many mails from readers who ask me if I will write about these events, and of course I have been aware that I would have to address this topic sooner or later. When I haven't done so thus far, it is because of mainly two things.

1. I didn't want my texts and the attention of my website to center around the murders and other violent, criminal aspects of my past, partly because I consider them to be secondary, not primary, to my psychopathy and to psychopathy in general. And...

2. I have had concerns about the possible legal implications it could have for me if I go into detail about these events, even though I'm aware that the authorities already know all there is to know about it. There's always that small chance that something was never brought on file.

But I have decided it is time I do write about this, the murderous part of my past.

A Reader, who is also a writer, was kind enough to send me a list of well thought out questions, so I am going to use this as a check list.

These are the questions:

I will answer the questions and try to cover the subject as well as I can, and as well as I think is possible while still remain within the borders of what is acceptable, and legal, in the coming days.

I will encourage Readers to send me your questions if you have some that aren't listed above. As an 'insider' I am not always the best to see which aspects have the highest interest or importance, to readers when it comes to Murder.
Posted by Zhawq at 11:06 AM 9 comments: