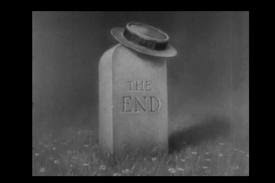 
What if what the bible says about you is true and that blackest darkness is reserved for you forever? Jude 1:13.

I don't see any mentioning of psychopaths anywhere in the bible. The concept of psychopathy is new and came with the era of Psychology. In the past we were more likely to be called anything from warlords, leaders, politicians, artists, and everything that signifies unusual people who are unafraid of going beyond the limits of common norms... all that which is known to be needed in such people. - That is not to say that we weren't also known as infamous pirates or evil rulers, etc.

But psychopaths was not what we were called, for that term didn't exist then, it came in very recent time along with the new "ruling order" where the standard is set by the masses, the common and the mediocre. I do not mean to degrade people by saying this, I know that most common people in their hearts wouldn't want a common or average person as president or to be in any of the most important positions of leadership. Why I think a psychopath could fill such a position is a different matter which stems from my observation that there are different kinds of psychopaths and that many of those who wreck havoc today could've been something quite different had circumstances been different also.

And part of the consequence of my neurological wiring, which is my condition called psychopathy, means I do not believe I'm evil. I may understand on an intellectual level that according to a certain ideological construct I am evil in the eyes of those who have adopted said ideology on an emotional and moral level, adopted it as part of their identity and how they see themselves as well as how they understand good and evil. But since I can't adopt such an ideology, it can only be an intellectual theory to me. In my own mind I will always be convinced that I am as good as I can possibly be under the given circumstances. Some professionals call it rationalizing and failure to take responsibility, but to me it is the truth.

Furthermore, it isn't because I am defiant, I just can't feel afraid of something that is so far away in time and thought, a mental image. I have never seen nor heard any living human being describe the Blackest Darkness of the Bible. And therefore this idea is too unreal for me for it to trigger in me any emotional response in the form of fear or concern. I only feel curiosity. Curiosity as to why you and others would believe or even wish such a thing to be true, and curiosity as to how such a scenery came into being in the first place, and to the awareness that some people hate me so much that they will think of such an idea. There's no anger, no scorn, and definitely no fear or guilt.


My personal belief is that Death means the End of being alive, and everything that you can describe is part of life. In my understanding it is not possible to experience Darkness or Blackness when you're dead. Do I believe in a form of life that goes beyond our immediate physical presence? Yes, in a sense. But I do not believe it is everlasting. You cannot experience something that has not definition in time, a beginning and an end, this is in the way life comes to expression. - So a period in a location such as the one described as The Blackest Darkness in the Bible must be an extended state of living, but not in every aspect of what it means to live with all the physical applications that we know in our everyday lives.

I guess I believe it is possible that such a location exists, and therefore someone can experience being confined to that place for a period - maybe they can even experience being there for what to them seems like eternity, but I don't think it happens to just everyone who did something bad or wrong in life. With this I am touching on the difficult subject of subjective reality and how the individual can influence this. In fact, if I was to communicate more explicitly what I think and believe about this subject, I would have to discuss religious and magical practice throughout the existence of man. It is not that I don't want to do that, but it is a subject that goes beyond the scopes of psychopathy as such, and it would take a lot of text as well.

Perhaps I will discuss it in the future.
Posted by Zhawq at 12:23 AM

I once heard the term coined, that there are two different kinds of psychopaths: Those that are deemed 'successful', in other words, those who have used their objective powers of reason and non-pathological mindsets, to climb the ladder of corporate and political life. And then there is the others, someone like yourself, who has used it in personally detrimental ways, perhaps to receive instant gratification in spite of future consequences.

I surmise that the reason you committed these crimes, were because you didn't think you'd get caught - and they were performed in the heat of the moment. Surely, if you can feel any regret at all, it must be related to the fact that someone with an intellect like your own, could indeed have risen to power through lawful means with a little patience, had you not accidentally committed these acts to tarnish your reputation when you were younger.

I imagine the one trait that is important for psychopaths to develop, is patience and foresight. What do you think is the difference between psychopaths who steer clear of crime, and achieve, and those who don't?

Don't get me wrong. It is my understanding, that you are well on your way toward improving your own position. But it's just a shame that you didn't have the chance to do so sooner, because of your prison sentences.

Once again, thank you for a fantastic blog.

As someone who spends too much time in his own head I deal with this all the time. The concept of eternal torture is impossible to grasp. Who'd want to?

Like you, I just remind myself that there's nothing I can do to change myself neurologically. If it were possible, I'd try, but in the end I know I can't change.

Very Nietzchean perspective you have there! While I agree that some of the great men and women of the past were what would in modern world be described as psychopathic individuals, I don't believe that psychopathic wiring of the brain as a requirement to achieve great things or to be unorthodox. The majority of great people of history most likely weren't "psychopathic" individuals as we would call them today - I think the majority of these people were labeled "thieves", "common thugs" or just plain evil. Some might have risen to great success, but the same could be said about psychopaths of today. I think what matters is how gifted the individual is, not his personality type or brain wiring.

Think back to how it felt before you were born and it will probably give you some idea of what it feels like to be dead?

In the Ottoman Empire, a man who had lost his mother ( his primary carer) before the age of two was not permitted to become a general in the army because it was observed that such people were more likely to be "merciless". The Ottomans were very advanced in the treatment of mental illness - all under the auspices of Sufism. You talk a lot about neurological difference but our brains are plastic and neurons are constantly laid down, pruned and rebuilt in different patterns according to our environment and actions. Even if a certain category of people have particular neurological or brainwave patterns, that can be because of what they DO with their brains, rather than what their brain does with them. The most famous example of this is the London taxi drivers in whom the area of the brain responsible for spatial awareness develops as they learn the street map of London. So if you take a step by step approach to modifying your actions, this will modify your feelings, making it easier to modify your actions, and so on. Bio-feedback. However, there may be some early neurological damage that is very hard to repair unless one is very motivated or starts very early.

I don't believe it is impossible to "cure" yourself of psychopathy, but I do think you might have to be on the Sufi path to do it effectively.

thank you for your kind words.

You bring up a central subject, I think it deserves a response in the form of an article.

The point I am putting forth is that psychopaths not only can do great and unusual things, we also have traits that are useful, needed, and which cannot be replaced.

I'm sure nobody would disagree with me when I say that every individual who does great, unusual things are unique and cannot be replaced. But there are many who disagree when I claim the same to be the case with psychopaths.

I regret I'm not very knowledgeable about the Ottoman Empire, but you're certainly stirring my interest. I do have an interest in 'spiritual' practices and am not entirely foreign to Sufism, it's an area I'm looking forward to explore in more detail.

Thank you for an interesting comment. I'm publishing an article with a response.

I used to believe in damnation.
But at the moment...
To me, damnation would also mean that there is a judge,called 'God'.
But, if God existed, he would also be 'the creator'. And as a creator, he would be responsible for the creation of the diversity in our human species, with all the good, and the bad (cruel) sides.
So I don't think he would send people to hell, or condemn them, because he put them on earth for a reason.


It's a simple, but to me ,obvious reasoning.

Do you let threats of eternal torment in Hell dominate your life? There is a way out.
God is a just God. What did God take away from you that He didn't give you, therefore, being a just God, that He owes you back? He owes you back your previous eternal nonexistence. At your Judgement before Him, if you want it, ask for your eternal nonexistence back. God, being a just God, will give you your eternal nonexistence back. Then, you will never suffer again.
Polarities? The only real polarities are the counterclockwise and clockwise directions of the closed circuits of the one substance, energy, in the one substance energy, that there be something to move out of the way and fill in behind. Differentiation causes consciousness. Counterclockwise on clockwise can totally undifferentiate back into individual nonexistence. By the second law of thermodynamics the previously constituent Planck's volumes of the undifferentiated circuits never reassemble again, guaranteeing eternal nonexistnece restored.