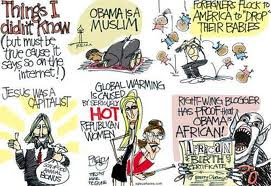 I just came across a small article about psychopathy. It has a few unfounded claims such as f.x. a picture, immediately below the text, that states:


6% of the world's population are born genetic psychopaths.

The article itself refers to Bob Hare and his book 'Without Conscience' and sums up his views on the general nature of psychopaths. I am pleased to find that the author is aware that psychopaths aren't a group of identical individuals, because this is one of the greatest obstacles that society faces when it comes to understanding what a psychopath really is.

Almost everything that has been written about psychopaths to date focus on the defining traits in psychopathic behavior and personality and leaves out everything else, all the things that makes us individual beings.

Yet experts propose to say they're describing the psychopathic nature per se, and this is is often reflected in the titles of these books, like f.x. Hare's 'Without Conscience - The disturbing world of the psychopaths among us'.

Hare explains in the preface that there is still so much they don't know and don't understand about the psychopathic mind and states that much more research is needed. Yet the title of his book says: 'the disturbing world of the psychopaths among us'. This doesn't indicate that Hare doesn't know everything about psychopaths, quite the contrary, it indicates that he does know everything about psychopaths and that the reader too will learn everything,... about psychopaths' feelings, thoughts, motivations, behaviors, wishes, talents, abilities, habits, ideology, religion, education, the nature of possible present or past criminal behavior, etc. when they read the book.

And people really seem to believe they know what a psychopath is, whether or not they have read a book about psychopathy or not. Those who haven't believe the stereotype myth about the psychopath as a serial killer and drunkard brute. Even psychopaths associate the word psychopath with this type of image (and therefore do rarely think they have any relation to such a diagnosis).

The website isn't only about psychopathy, there is a colorful list of links to articles and sites about Conspiracy Theories, 'Water has Memory', Evil, Zionism, and a lot of so called 'proof' and 'evidence' about these things.

I can't help but make the association between this kind of naive beliefs in what the authors think to be proof and that of those among my readers who think they have seen proof that I am somebody else than who I say I am and that I have a different diagnosis than the one I actually have (I am a diagnosed psychopath).

I adopted a personalized smiley from somebody who has a writing style alike my own, and a few individuals who harbor a personal hatred toward me (a good reason to be suspicious of anything they say about me, by the way) post a list of names and bits of texts and claimed that all this proves I am not me, that I am not who I say I am. And because some people will be inclined to listen to those who shout the loudest, they will also find it hard to not believe this type of slander.

It is not new, and it is not strange or mysterious at all. In fact it is very representative for how the human mind works, and I know the mechanism that convinces people they have seen proof when in fact they have only seen vague details presented out of context, some of them even falsified, and put forth repeatedly as fact in a strong and bold manner. This is how journalists work and it is how propaganda works. It is also how manipulation and gaslighting works, and manipulation and gaslighting are things that I as a psychopath know intimately well. I know how each technique works and how to put them to function in the minds of other people. I have been using a great number of varieties over such methods for the bigger part of my life, and always to my own advantage.

But psychopaths aren't the only ones who manipulate. Everybody manipulate! Some are better at it than others, and many psychopaths are masters. I will be frank and say that I myself am a master at manipulation and gaslighting and everything in between, and I could make most of my readers believe any fancy lie if I wanted to. The irony is that I have chosen, for the first time in my life, to not manipulate, but instead to be honest... completely honest!... and it's possible for me to stay with and fulfill my decision, because I am anonymous.

This to me is a thrill unlike any other, I am learning things and having exciting experiences I never dreamed of because I remain honest within the project of Psychopathic Writings, and I have no intention of stopping.

I know what I do is useful to a lot of people, and I like to know that I have the power to operate constructively - not just destructively as has been my habit in the past. I've said it before: I love diversity and extremes, and complete honesty to me is an extreme I never indulged in before, which makes it fascinating and opens up for unknown new experiences and possibilities. I also know this is the attraction for those who tried to discredit me, but I cannot be worried, for you can't discredit someone who is honest under anonymity.
Posted by Zhawq at 8:22 AM

"But psychopaths aren't the only ones who manipulate. Everybody manipulate!"

Information is what you make of it. I find it interesting that some can't admit this.

Everything is politics and sales, even the most intimate relations.

you wrote:
Information is what you make of it...
... Everything is politics and sales, even the most intimate relations.

Exactly. But most people are unaware of it.


I find it interesting that some can't admit this.

They can't admit it because they have invested emotional pride and feelings of surperiority in being able to keep up the illusion.
To admit they were wrong is almost impossible at this point because it would hurt too much.

The best they can do now is to just stop their slander. It's also what those of them who are the least emotional have done already.

Autistics get this sort of treatment all the time, by the way. Amanda Baggs, a high-profile assistive communication user who has appeared on CNN, is one of the most extreme examples of this.

I think when a condition is regularly described from the outside and never from the inside, people sort of get the feeling that there *is* no inside experience of the condition. So when they find someone who does provide an inside experience of such a condition, they're shocked. Some react to this shock by hailing that person as inspirational and unique (even if there are many others like them) and others react by accusing them of being frauds.

I'm not saying necessarily believe everyone on the internet who claims to have some sort of condition, but people should at least entertain the possibility that the person is being truthful even if their account doesn't fit the stereotypes.

What a bunch of stupidity you spout off Zhawq...

Truly you are a moron of the nth degree.

No truth tables or validity scaling necessary. You prove your vapidity within a few paragraphs.

Of course you may delete these words, but you know that your pretensions are no more than that.

Zwak is a genetic moron who desires protection so much that it has created it's own pathology of pretensions to psychopathy.

The problem is that protection is secondary to the pathological issue, not the issue itself. The degree of demand and desire to be seen as other than is proved by the degree of internal desperation.

You work far too hard to be seen as something you would not have the strength of desire to prove if you were that thing you wish to be.

So, Zwak, you pretend to what your words show you do not have.

Why? Because you clearly demand to be seen as one. The demand is the strongest desperation of your character and thus proof of your lie.

Your reasoning in this comment is so flawed I won't even bother going into detail about it.

Only this: Your personal interpretation of my texts proves nothing, except that it is how you have chosen to see me.

Does impulse resistance help a psychopath build more genuine emotional depth? Or does it simply make the psychopath more and more unstable until he satisfies the urge? I only ask because I know how difficult it is for a psychopath to resist his impulses. I'm just wondering if a psychopath could become humanized per se if he were able to fight off impulses.

@Lost I don't view psychos as necessarily impulsive. I view the life of a psychopath as a life in search of meaning... and when your life is void of meaning you'll consider ANYTHING. They're not driven to bad behavior as much as they have little inhibitions when falling toward bad behavior if by chance. I see bad behavior due more to simply not caring about anything.

Zhag, this is just the sort of blog that would get you kicked off of every Psycho Forum on the net. No one want to know this stuff. Psychopaths are normal people with bad behavior; that's essentially the gist of it.

your being very constructive, your helping my already hasty learning curve