Psychopaths And Sociopaths Differences - Why? 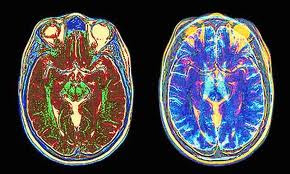 What is the Difference between Psychopaths and Sociopaths? Why make a distinction between the two?

The word Sociopath is often used as synonymous for Psychopath. Using the two terms in this way works okay for the most part but has considerable limitations, the greatest of which is that it obscures the fact that despite the two groups clearly have many things in common at a superficial social level, there are fundamental differences which sometimes make us as different as night and day... or, to put it more correctly: As different as are the two points in time '1 min. Before Midnight' and '1 min. After Midnight'. The two are very close, yet they're each at the opposite end of the cycle between Night and Day.

The main difference between our two minorities lies not in our behavior but in our neurological makeup. Sociopaths are not emotionally wired differently from other people in the same way that psychopaths are. Most of all, their emotional neuropsychology is not different from normal people's, and they do not have the flat affect as an build-in condition from before birth which psychopaths have. And this give individuals of the two groups a very different set of motivational factors for behaving the way we do.

A discussion has been going on for a number of years in the psychopathy research community about whether psychopaths are the way we are as a result of our upbringing or are born with a genetic structure that determines our condition. This debate is an extension of another debate called Nature versus Nurture which surrounded the nature of human intelligence, or IQ. It is all about the human condition, about how and why we come to be what we are. And the truth is, of course, that neither nature nor nurture are solely responsible for why psychopaths are psychopaths, it's a combination of both factors. And the same is the case with Sociopathy.

Yet making the distinction can be useful when we talk about these two often internally extremely different types of people which we call Psychopaths and Sociopaths. And much really does speak for it being sensible in this regard to say that sociopaths are sociopaths mainly as a result of nurture, or upbringing, and that psychopaths are psychopaths mainly as a result of nature or genetics, we are born that way. It's a synthetic distinction, of course, but it is useful even so because knowing if somebody has an inborn flat affect, or if it is an acquired condition, allows us to understand the individual better, and most important of all, it allows the individual person to understand themselves better.

As always, categorizing, grouping, and distinguishing, are tools to understanding and dealing more efficiently with the reality we live in (the limiting effects we see are side effects, they're not the purpose). And this alone is my argument for making the distinction between sociopathy and psychopathy. Apart from my personal interest in and fascination with the human psyche, I truly believe it is not only for the greater good that we understand also the differences within a minority - in this case the minority called the Antisocial - but also for the good of ourselves.

It is possible to think of my own best interest and see it in the perspective of the best interest of the majority. I'm aware that the real test would be when I had to choose between the greater good and my personal well being, but for as long as I am not faced with this choice, I really don't see any problem with me trying to further both positions. What's more, I am having a lot of fun doing it. So yes, I am a firm believer in the saying that 'Knowledge is Power', and the more people who have access to knowledge, the greater the possibility that one or two of those who use it will come up with something ingenious and great.

In an upcoming article on this subject I will give examples of some of the differences between psychopaths and sociopaths which I have observed and found to be consistent and defining.
Posted by Zhawq at 12:26 PM

Pretending to be a sociopath? Why did you do that?

Zhawq - Thank you for your take on this topic. I would like to suggest adding links or citations to whatever new research is being done in your future articles in this series because it's certainly a valid area of exploration. Good contribution though.

Ukan - I would tell you to go to hell, but I can see you're already there, hahaha. Oh my god you're amusing...

sorry for the off topic, but are you not going to complete the thing with the two obnoxious kids who flamed you? It's been great to watch so far and we know you can easily do more, so why are you stopping?

I think you're awesome. Keep it up.

I just recently found this blog site and I find it fascinating stuff. I might be a bit off-topic here but somehow I doubt it matters. But I would like to know is there, in your opinion, any relation between a psychopath and a schizoid?

The reason I'm asking this is because for years I thought I was some kind of psychopath myself, mainly because I do not feel much of anything, not even when a close family member dies. But other than that, I didn't seem to fit in the profile of a psychopath in any way. I am not at all antisocial. Only recently I have become aware that my case fits better under a different label: that of a schizoid. But I've always been interested in the concept of psychopathy and read a lot about it, and some of the stuff you have written here I can relate to. So is there any correlation between these two 'disorders' (personally I'm not so sure if either condition is a disorder actually) in your opinion?

I have stated this on several pages. But I guess you're right, I should make it even more visible.

I've never understood why Nature vs. Nurture wasn't the accepted clinical difference between the two disorders. It's a logical distinction and then people could stop arguing with each other about the difference between a psychopath and a sociopath.

But I would like to know is there, in your opinion, any relation between a psychopath and a schizoid?

Actually, there is. It is not the same condition, but it resembles psychopathy in that a schizoid also have some flat affect.

If you add to this an antisocial personality and outlook on life, the resemblance gets stronger.

A difference between the two is that Schizoids tend to withdraw from social interaction, at one or more levels, and will rather be economically self sufficient. Psychopaths will tend to seek up social interaction and base our economy and other parts of our lives on this.

@"Nobody" - There's absolutely NO correlation between sociopathy and schizoids. They are totally different.If you do not have feelings you are probably a sociopath. There are different types. Narcissitic Personality Disorder is just one type. You should go to youtube and look at videos by Dr. Sam Vankin. He tells the symptoms. Thanks for your frankness. Your self awareness might prevent you from hurting others.

well said and to the point. Anybody who disagrees is wrong and/or working from a theoretical perspective.In other articles you sound like you think the two are the same, and you seem to encourage some sociopaths on this site. Personally, I know the difference well, and Im like you and I don't like the latter. Expressions of comformedy or sympathy from a psycho just annoy me

I have found it easy usually to see the difference between sociopath and psychopath, though upon my understanding reaching a much more and subtle grasp of the matter it gets confusing again.

Personally, the current conclusion for myself is a born "pure" sociopath - I am well onto my way to being declared a pure or coveted psychopath. Sociopaths have always jumped out at me and usually seem weak, for the most part my perspective is more psychopathic than sociopathic. Unless it is possible to be a mix of both ??? Ever heard of this zhawq ???

To my memory, I started unaffected, became affected in some areas of my life, which has distinctly sharpened aspects of my personality, at which point I become unaffected again. I seem more born than most other sociopaths.

The main process by which I have become- is disassociation, a process most people do to some level and can thus can understand. If the world is hostile, the most hard core antisocial center of the personality gets looked in the control seat, with all other aspects of the personality becoming tools to be used by the center of the consciousness, the distinctly antisocial core. Thus the rest of the personality is used and held to ransom, slowly becoming psycho in nature as the fragmented parts are managed with a set of criteria that are efficient, albeit emotionally deranged and neglectful. As the outer parts reach a level of sameness with the antisocial core, the transformation nears completion. Note* while the dissociative process is almost identical to someone with dissociative personality disorder, these mechanisms do not equate to a completely fragmented personality, there are not the same breaks in memory and executive control mechanisms, basically a dissociative that retains control and free flowing personality(for the most part).

I am a born sociopath, which makes me different to psychopaths in that I was born with a pretty normal emotional range and undergo a transition emotionally until my feelings die off or just become very quick and not deeply felt.

This is not the same for all sociopaths, in fact, as a born sociopath or pure sociopath, psychopaths seem more normal to my perspective than most sociopaths.

Where most sociopaths fall under one category or sociopathy- say aggressive or alienated, I show sighs of all subgroups- as my sociopathic transformation matures I can be seen to fit more neatly under the covetous psychopath description. My sociopathic nature IS genetic, there's no doubt, the family tree is quite clear. This is at odds I believe to the majority of sociopaths who vary between a very "normal" makeup who had extreme life experiences to those with a strong inclination to become sociopathic, but who haven't had very extreme life expriences.