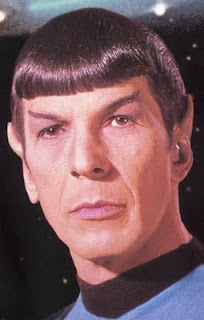 Readers sometimes ask how I came to go by the name Zhawq, so I wrote the following as an introduction.

I go by the name Zhawq when I present myself openly as a diagnosed psychopath. But it wasn't I who came up with this nick, it was an acquaintance of mine who used to call me Shark, as a friendly pointer to how he and others (used to?) see me.

I had recently been released from prison on grounds of the special probational condition that I remain subject to a psychopathy research program in which I was enrolled when it was launched 8 years earlier. One of the biggest changes that has happened in society since I went to prison - now almost 13 years ago - is with the Internet, and I immediately found the prospects fascinating.

As I acquainted myself with the more basic technical workings of the web I soon found out about another change: The change surrounding the general information and awareness about what is frequently called Antisocial Personality Disorder, Sociopathy, or Psychopathy. The Internet is a virtual goldmine in this respect, though it is also a dust bin. Either way, there are so many books and so many websites out there which discuss psychopathy, but they share one thing: They always discuss and describe psychopathy and psychopaths from the perspective of the scholars, the clinicians and those that we call the victims. Very few are represented by the psychopaths ourselves.

It was time to change that. So I told my acquaintances that I had decided to set up a website with the purpose of creating yet another resource for information about psychopathy, one which would be different because it would be presented, written and run by a psychopath, me.

However, I couldn't afford to use my real name, I had to find something else to call myself. Somebody suggested I call myself Shark, but I felt it might identify me eventually. And then it was that a friend of mine, who was playing a video game using a character he had named Zhawq, said: "Dr. Hare compare psychopaths with Mr. Spock from the TV series Star Trek, it's not unlike the name of my character, Zhawq, why not use that?".

And that was pretty much it. I thought about a few alternatives, I never really warmed to the name Zhawq, but once I'd used it in a few fora it somehow stuck with me, and now I'm known as Zhawq.

I created a website and called it Psychopathic Writings. It's a public blog where I post articles on a regular basis, all about psychopathy and psychopaths from varying angles. You are very welcome to pay me a visit, I will be your friendly host.
Posted by Zhawq at 9:42 AM

Did you not post somewhere that your mother called you a shark and that is why you named yourself Zhawq?

Also what happened to your significant other AmaDraque?

Did you not post somewhere that your mother called you a shark and that is why you named yourself Zhawq?

Also what happened to your significant other AmaDraque?

I see what you're pulling, Anon, and it won't work.

If you want to express doubt about my sincerity, read my articles first and otherwise take your petty crap elsewhere.

No family that lived it would seem.

I don't just doubt your sincerity, I know what zhawq means in Arabic. Isn't it one of the delusions of the psychopath that he is smarter than those around him.

Oh my, you are darned convincing, Zhawq!
But we bot know you are lying through your teeth, about all the things that embarrass you.

There are so, so many things you omit to talk about. Profiling you on the basis of that has been such fun :D

You people will never get it will you, life is subjective, a painting isn't a lie, its an interpretation

There's been some talk about you recently on Psychforums: http://www.psychforums.com/antisocial-personality/topic106019-140.html .Why don't you bring your big, badass psychopathic self over there and join the party.

thank you for notifying me. - I actually do have an account at that website (quite an extensive forum, btw), so I'll make sure to stop by if I can find the time.