Reactions on The Internet: Other Psychopaths. 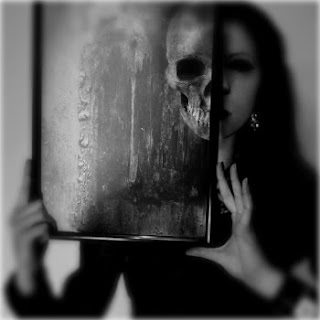 I wrote about the reactions I have received from normal (neurotypical) people on the Internet when I told that I am a diagnosed psychopath. Today I will describe how Other psychopaths react.

Other psychopaths usually recognize me as easily as I recognize them. Depending on the topic and what viewpoint and approach each of us decide to take, it can happen fairly quickly, or it can take a little longer.

I've never had any confrontations with other psychopaths, though both they and I have once in a while made half hearted attempts to provoke a confrontation. But never leads anywhere, we know our own ways too well and simply do not react to provokations.

In forums for and about 'AsPD' or 'sociopathy' psychopaths who participate usually know very well what they are, and they know the definitions just as well as I do.
There is no sense of 'cammeraderie' between psychopaths, not on the Internet and not off the Internet. We don't exchange supportive words of mutual understanding, as is so common for f.x. sociopaths but also for many other groups of people. We mostly go about our business as usual and do not attempt to converse each other. And the reason for this is we know - explicitly or "instinctively" - that we don't have anything to give to each other...

What psychopaths want, and what psychopaths seek, is something other psychopaths simply cannot provide. They are things we can only get from people who are not like us. In that way we're an unusual minority, and this is a trait about us which is very likely the reason why there're no forums or organisations where psychopaths gather, we have no common goal or sense of community and we rarely enjoy each other's company.

That is not to say that psychopaths cannot join in a common effort to achieve some short term goal. Even on forums can it sometimes happen that two of us form a temporary alliance, but it lasts only until that very immediate goal is reached. And when it happens we don't have to say anything to each other, we know pretty much what the other one thinks and what they will do (largely speaking).

I described in Part 1 that normal people sometimes would think that I couldn't possibly be a psychopath, which was usually because they didn't think I fit the description of what most people think a psychopath is. When I meet other psychopaths they sometimes test me, pretending to disbelieve my word when I say I have the diagnosis, and there have been those who actually didn't believe it simply because they had the very same prejudice that so many others have, and which I too used to have, but mostly it is based on a form of suspicion toward my motives because it truly is very rare that someone with my personality, my condition, will step forward and do what I am doing.


It is like a hitman who gives up all his weapons and ammunition knowing full well that it means he'll be executed immediately afterwards.

And it is a very understandable way of reasoning because 99.9% of the time that is really what will happen if you are open about being a psychopath (or being diagnosed as one)! However, I have my reasons, and I believe what I'm doing will eventually turn out to be a good thing, hopefully in more ways than one.

On a second note: What I do may be rare, but there have always been exceptions to the rule about not going public about being what I (apparently) am, just as there have always been criminals and outlaws who made a public name as criminals. I've no doubt that some, if not many, of them were psychopaths too. Al Capone, the infamous Chicago crime boss of the 1920s, f.x., was such a criminal, and from the little I know about him he may very well have been a psychopath, and if not a psychopath, then he most certainly was a sociopath. Jack Abbot, author and murder convict in the late 1970s was clearly a psychopath. And then we have the current equivalent in Israeli author Sam Vaknin, who doesn't have a known criminal past (to my knowledge), but who was filmed on location when he was diagnosed as a psychopath.

My conclusion has to be that yes, going public with something that will give the individual a stigmatizing label and be likely to render you notorious instead of famous, isn't common, but it is not unheard of either. There have always been a few who, out of the less trodden paths, choose an even lesser and more rarely trodden path, and I am such a person.

Hang on for the next article about how people react to someone who openly talks about being a diagnosed psychopath...
*
Posted by Zhawq at 12:50 PM

I believe that sam guy was a white collar criminal diagnosed a narcissist in prison, but is also a psychopath... I think he also has a diagnosis of borderline personality disorder. Not sure what is more accurate.

Sam Vaknin fits the profile of a psychopath. I don't think any borderliners have quite as pronounced flat affect as psychopaths do. I also recognize his skilled psychological play in the journalists descriptions afterward. I didn't have to see Vaknin do these things, I could hear it and see it all in the journalist. It was like sitting in front of people who in the past have said I did these things to them.

The point here is that I've never seen non-psychopaths do it quite like that. The way narcissists will "play" others is very different, and the way borderliners do it is different yet again.

Each 'personality type' have our trademarks, if I can put it that way. I don't think one is worse than the others (I leave that distinction to those who feel the results), we're just different, or varieties over a theme.

Interesting train of thought Zhawq. I'm still not quite sure whether you are a well informed common narcissist seeking attention, a psychologist running an experiment, a fiction author, or a true psychopath. However, I'm starting to lean toward the conclusion that you are the genuine thing. In any case, you bring up some interesting topics for discussion and debate. I look forward to following and commenting on your further thoughts.

Left you a blog under "What Psycopaths Feel" comments ;)

Sam Vaknin is an idiot who gets his kicks from reading what so called victims post on his abuse recovery sites.
He's a big old Narc who wants to keep his wife happy by having a baby.
How fucked up will that child be having that for a father?

Out of those interesting possibilities you chose the most obvious and least interesting one. I'd pick the psychologist experiment any way! ;)

it's easy to throw judgements when all we know is this one pass time of Vaknin's. From what I can detect there's more to it than what you see. He can just as easily find subjects offline as most of us can. And you may not like him, but an idiot he is not. ^^

"we rarely enjoy each other's company."

"that we don't have anything to give to each other... "
This is an interesting statement that is often an issue. Convincing one another to hang out is mostly a matter of enticing one another for some activity. When we don't hang out, I always feel like it is due to the fact that we have nothing to offer one another.

Now that I think of it, I generally regard people in that way. If they do not 'like me' it is because I must not have anything to offer (they want)… Interesting.

----------
"It is like a hitman who gives up all his weapons and ammunition knowing full well that it means he'll be executed immediately afterwards."


Haha. I feel like I'm adding another bullet to a chamber in Russian Roulette. I feel daft each time I do it!
---------
---------
I want a long term goal; preservation. To me, it is important that we find reasons for us to be around one another.

There is much to be gained in banding together. I would like to find more reasons for our kind to stick together.

It reminds me of an nature flick about intelligent animals. One was a particular species of bird with the talent of "fishing". They would wait for humans to feed fish with breadcrumbs, then they would snatch up the bread, and fly to more secluded locations. They would use the crumbs as bait, and lure the fish to themselves for easy meals.
This behaviour is not taught to others of their kind. They are solitary animals, and some of the birds learn this skill independently, additionally, the skill dies with each individual bird. Over and over again.

Tragic; living alone has a certain futility to it. Humans are strong because we are intelligent and we communicate/cooperate.
Without taking advantage of our basic strengths, no amount of extra strength will make an individual stronger than a group.

====
Are you familiar with the back story of the Hive Queen, from the book Ender's Game by Orson Scott Card?

Sam vaknin has a criminal history...18 months in prison according to Wikipedia.