Reactions on The Internet: Normal People. 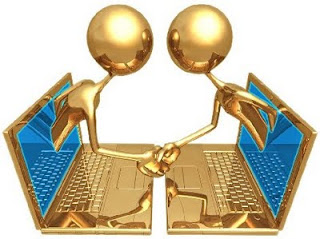 I looked a bit into the topic of Internet Behavior Psychology and became interested in finding out how people on the Internet would react to me if I told them that I'm a diagnosed psychopath, so I set out to get the answer. And I found that there are certain kinds of reactions that are repeated.

I grouped them in 4 categories, one of which consists of the 'normal' majority of people including minorities that are not Antisocial, and the remaining three groups which consist of the main 3 Minorities of Antisocial Personality Types or Disorders, according to the general consensus among professionals in the fields of neuro-psychology science and research, as it corresponds with my personal understanding and knowledge. I have chosen to alter some of the official phrasing of terms only for as far as it does not obscure or mislead the meaning thereof.

There are a number of other minorities (Schizoid Personality, BPD/Borderline Personality, ASP/Asperger's Syndrome or HFA/High Functioning Autism) which can at times overlap with all 4 personality types as co-morbid conditions. My knowledge about the three conditions mentioned in paranthesis at present - though I can give advice on a personal basis - is not extensive enough for me to give statements or comments where these are concerned in this article series.

People from the four groups tend to have different - sometimes very obviously very different - kinds of reactions toward me when they and I interact on Internet forums or message boards. I will describe them as I've experienced them, and why don't I begin with the largest group, the one everybody are sure to know better than any other - and sometimes even better than oneself. The...

Neurotypical people usually in the beginning assume that I am a neurotypical person too, but they quickly sense I'm somehow unusual and different from others. This is normal, of course; to expect me to be neurotypical (normal) at first, even at a forum about, and for, antisocials, is quite understandable. After all, the vast majority of people we meet anywhere, on the Internet or elsewhere, are normal, neurotypical people.
On a side note: The number of those we consider 'normal', but who really linger at the border between 'normal' and slightly disordered or 'neurotic', is probably much higher than anyone imagines. My personal experience as someone who has a natural and well developed skill at spotting subtle differences in the behaviors of people - in the virtual sense and otherwise - has lead me to this conclusion (It's a skill that I share with most other psychopathic people, so I'm not special as such in that regard). Of the official antisocial disorders AsPD is the only category that I consider an actual disorder (I'll get more into that in an upcoming article).

Neurotypical people very often quickly notice that I have a different style and approach in my debating than other participants. And I'm virtually always the only active psychopathic individual in the debates (with one exception. More on that in a coming article.). They notice that I have a more 'objective' view on the topics being debated and that I tend to express myself with authority - something I do only when I know the subject well, or when I have an opinion I can back up if challenged - and that I keep a polite approach toward topics and other debaters that I haven't formed an opinion of yet. Because of this they will generally have a lot of respect for me, at least when they don't know about my diagnosis, but often also after they learn about it. Som neurotypicals, when they find out that I'm supposedly a psychopath, find it hard to believe that this is really true. They usually soon realize I've told them the truth, though, and that I am indeed a diagnosed psychopath - or a person who has been diagnosed as one.
Of all the groups the neurotypicals seem to be the one who is most likely to...


In upcoming articles I will describe my experience with the other 3 groups.

What the hell? It takes an NT to be suspicous of your diagnoses? C'mon anyone could be skeptical Mr. Zhawq.

This one made me laugh. Great description. Can't wait to see the rest. ^^


Anon
Where is he saying NTs are suspicious? Do you mean this?:

"Som neurotypicals, when they find out that I'm supposedly a psychopath, find it hard to believe that this is really true."

He's just saying they think he's too nice to be a psychopath.

Patience, Anon, you ain't see nothing yet! ;)

Its Ma'am
So Zhawg, would you care to make an insightful assessment of what 'type' of individual I am? NT or not? Disorders? Weaknesses? Strengths? You know at least enough to go there, doncha think?

Really, I am curious to get your insight. I think you have a good ability to introspect and could do at least as good a job at an assessment as others that've been in my circles the past several months. Always willing to hear what an 'intelligent' might see. Maybe you can see things that I and the others haven't?

I only get on here few times/week, so hope to see some verbiage from ya. Hope your 4th was a good one, BTW.

You should add another category - government employees - u know the ones I mean - they stand out like dog balls - even on the net !!!

Hey Zhawq you never did the article about your experiences with ASPD people on the internet.