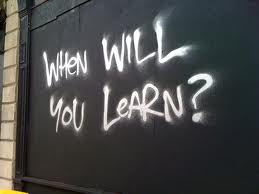 There will never be anybody more qualified to provide information about Psychopaths and Psychopathy than  psychopaths.

Whereas the psychopath's understanding of what it means to be human in the common sense of the word is largely cognitive, so is the understanding scholars have of us. We are, when it comes to the minority called Psychopaths, the only ones who have that extra specialized knowledge about ourselves, the kind that only can come from experiencing and living that, which we study, from witnessing the subject from the inside, so to speak, and which is always at the very center of the highest kind of expertise, representatives of that very expertise... or we are the only ones who have the potential to be so.

Schooling and education is one side of expertise, and a necessary one, but the other side is the experience of those who live their subject of expertise simply cannot be over estimated. These are the two sides which together make the most complete kind of expertise that can possibly be.It is an element of scientific research which I think has been misunderstood greatly, especially so when talk falls on the psychopath's position in all of this - which so far it rarely, if ever, has. Dr. Robert Hare has said on many occasions that psychopaths, if educated, will use their knowledge against others. And it is mostly true, but he forgets that this statement refers to psychopaths who have already lived through a life of alienation - a position that is known to create antisocial dispositions in many minorities, not only in psychopaths - and who were incarcerated at the time when they were being studied.

Another thing to consider is that it has been confirmed that the background of most psychopaths who become highly antisocial - or criminal - as adults is often characterized by childhood neglect and/or abuse. So - though in my understanding alienation is by far the main factor in respect to psychopaths becoming antisocial and criminal - I think it is apparent that psychopaths, though our character traits are primarily genetic, are susceptible to circumstances and treatment during upbringing, and the extent to which we become antisocial is influenced by it.

So it's the fault of other people that psychopaths act like psychopaths. That's genius.

I don't understand why you are convinced that "being antisocial is not part of our nature, it is something we develop in our experiences and interactions with our surroundings", yet then describe a child's reaction to a parent asking how you would feel if someone hit you (no empathy/remorse).

Can you reconcile what appears to me to be an inconsistency in your "theory".

I am convinced that my 17 yr. old daughter was born a sociopath. She was different as long as I can remember, and has never had the capacity for empathy or remorse. I have 3 other children - same social/family exposures.

I am so sorry that I have not been able to prevent her inevitable spiral into behavior that will lead to a pitiful life, likely incarceration. Ultimately, she will lose the ability to control anything but the relationships she develops in prison.

What can I expose her to that will enable her to avoid what appears to be a tragic life? I read her diary (why would she write/document this??), so I know that she could easily have already been arrested. She has such disdain for her few "friends", I'm still in shock...

Everything we are is a combination of traits we are born with and how we as people develop in interaction with our surroundings - to some extent defined by our personality.

Psychopathy is largely defined by two complementary groups of traits. Factor 1. traits, which are thought to be mainly genetic/neurological and therefore nature, and Factor 2 traits which are all about behavior and how we interact with our surroundings.

If your daughter has been incapable of feeling remorse all her life, then it is very unlikely that she is a sociopath.

What you describe suggests that she is a psychopath.

It is difficult to influence her at this point. She is 17, and that is an age where you seek to free yourself from authority figures, it is the time for rebellion, and the time where peers, and not least the opposite sex, are your main concern.

It will take something special to turn her attention away from where it is at now. I'm sorry I cannot provide better advice on a comment board. I might be able to help if you would discuss it with me via mail. I am willing to give it a shot.

Should I not hear from you again, I wish you and your daughter the best.

//Anonymous said...
So it's the fault of other people that psychopaths act like psychopaths. That's genius.


Perhaps if you were actually read on the subject, you wouldn't appear so dumb. No one is blaming anyone for a human condition that exists from birth. So why are you ?
Or perhaps you are talking about secondary psychopathy ? But I highly doubt that. So I'll stick with .."dumb"