The Beauty of Independence! 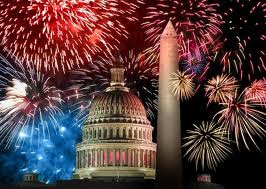 Today is Independence Day in the United States. What does being independent mean to a psychopath?

The idea of being independent is a central concept in Western culture, and nowhere is it more apparent than in the mythology that surrounds the outlaw, the criminal rebel. We all know the Gunslinger and Outlaws in old (and new) Western movies. Independence was also a central theme in the Counterculture movement of the 1960s.

And it seems that the modern definition of the psychopath is intricately connected with the idea of Independence. It is not for nothing that some experts calls us Rebels without a Cause.

But what does independency mean to the psychopaths themselves? What does it mean to me?

First of all it should be said that whereas the idea of independence is indeed associated with being antisocial, this has most meaning for those who do not have a genetically inherent flat affect, and that means all of the antisocial minorities... except the psychopaths.

Being independent to me means that I can do as I like, I do not have anybody to answer to, I don't owe anybody my loyalty, my love or my compassion, it simply means I don't have any responsibilities.

Perhaps this is why I've always been very, very good at this.
I know how it is to be independent, because I've always been independent, though I think perhaps that most people would not appreciate being quite as independent as I am, because it involves being 'independent' from certain emotions too - and, according to the professionals and my tests & brain scans results, it involves so called 'shallow affect' as well, which means the emotions I do have supposedly are "vague" and not very pronounced. That is why they say we (psychopaths) have both few, and shallow emotions. - I'm not sure I agree (I don't, not in my own case), but that's a subject for another article.

I guess it is one of the many funny and very contradictory aspects that seem to be one of the central phenomena in psychopathy: That we can be the very thing that other associate with one of the fundamental concepts of our culture, and yet we don't have any real connection with this very aspect of what we indirectly represent.

But don't get me wrong, I do like the idea of the holiday, and it is so absolutely a very nice experience.

The beauty of independence, departure,
actions that rely on themselves.
Walt Whitman
*
Posted by Zhawq at 4:30 PM

Your blog has been useful. I have had a really hard time discerning between sociopath, psychopath and narcissist. I think you have said it best. A narcissist is egocentric and craves adoration but is otherwise psychopathic. A sociopath emulates the psychopath for fun and profit... a psychopathic wannabe.

It's still hard to sort it all out. Everybody agrees Ted Bundy was a psychopath... but he was also narcissistic.

zhawq - i too don't feel nationalistic and see myself as outside society, as a citizen of the world. i get pissed off by the idea that someone could stop me going where i want. i am eligible for more than one passport - which one did i choose? the cheapest one of course!
if you feel the same then the idea of independence means something very different to you than americans - they are celebrating being one unified country independent of another country (england). independence to you is a personal thing. do you agree?

allison - the distinction between psychopath and sociopath is not well agreed; the distinction i would make is that a psychopath is born with the thought patterns but doesn't necessarily show illegal behaviour, and the sociopath has some of the thought patterns (perhaps through nurture) but is primarily defined by their behaviour. psychos = greek for 'the mind' and socio = interaction with society.
i think zhawq may disagree but like i said there is no widely agreed distinction!

Thank you for your kind words. I hope I'll be able to continually provide good information.

Sociopaths rarely want to be psychopaths. They're happy to be what they are. They have often strong feelings of belonging - what they identify with differs a lot.

I think, if we talk about wannabees some AsPD'ers would probably qualify best.

Bundy did have narcissistic traits, but this is a very common comorbidity in psychopaths.

Yeah, I can see why it's great to be independent from Brittain, but being independent is great in any case, at least for someone like myself. There's a certain romantic notion about belonging to something, but it's just that: An idea. In reality it's rarely fun (for me). I do like it when others belong to me, though. And I like to think I'm a good "owner", a good leader and friend. :)

You are completely fucking deluded, you idiot. You are absolutely and utterly dependent on society. You would have no transport, no food, no clean water, no sewage disposal, no bed, nothing if it were not for groups of people getting together to make and do and distribute all that you need. You stupid, fucking baby. You have the perceptions, the understanding of a five month old. Ain't that what it is with psychopaths. They are stuck, stuck at the point where their mother died or abandoned them. That's why it's worth getting better. That's why being a psychopath is NOT just a another way of being, a type of diversity and all that shit. You are a burden and a foolish danger to yourself and everyone else. You have no concept of the pleasures of interdependence, just a large, squawking baby with no self control, one big ego. Of course your culture doesn't help. The US is the world's greatest narcissist, the spoilt baby among nations.

Have you ever had your clothes bunched up on one side of a washing machine? It causes the barrel to spin eccentrically. Giving the washer a good kick is not going to make the barrel spin on center. Your rant is a lot like kicking a poorly spinning washer. You're not addressing the fundamental differences in thinking that leads the psychopath to bad behavior.

To a normal person, the problem is solved when the psychopath decides to quit his bad behavior. However, when you offer up a simple solution to a complex problem, you will most usually fail. You've essentially kicked the washer. The psychopath's brain is wired differently that yours. What most people find rich and rewarding is barren waste and boredom to a psychopath. And, it's a two way street of misunderstanding because you don't get the psychopath and the psychopath really doesn't get you, either. He doesn't understand how you can find so much enrichment where he sees nothing at all.

For example, most children find school an immensely rewarding place, just for all the social interaction with other people. But not so for the psychopath. The psychopath finds school an emotional desert but, at the same time, he is fully aware that others find this same environment full of joy, simple pleasures and happiness. Bottom line, the psychopath is one frustrated individual. His bad behavior is borne of this frustration and boredom. Can a psychopaths choose to behave? I would guess that they can but even on their best behavior, they remain bored, frustrated, miserable individuals. Therefore, what is their motivation for acting right? It's NOT going to solve their underlying problems, make them any less frustrated, make them any more satisfied with life nor will it make them any more happy.

They do their level best to fit in by mimicking YOUR behavior. That should tell you something right there. Why should any human need to mimic another human? Can't that person feel for himself and act on his own emotion? Surprisingly, if the person in question is a psychopath, the answer is "no". They think differently, their emotions are wired differently, they don't understand you but they do understand that they don't understand. Therefore, the psychopath understands YOU much better than you understand him. I sincerely hope this helps.

Lastly, there seem to be a mutually agreed upon (on the net, anyway) that psychopaths deserve no sympathy nor understanding. Unbelievably, I've been permanently barred from forums dedicated solely to the discussion of psychopaths for trying to explain their motivations. It's an incredibly red-neck, narrow viewpoint. They want to talk about how a psychopath screwed them over. They want to talk about how they're getting even with a psychopath. They'll even discuss how to avoid psychopaths in the future. But NONE want to have any understanding of psychopaths, themselves. Like your rant, their explanations are overly simplistic... a psychopath is simply one (presumably anyone) whom chooses to behave badly. May as well have a forum dedicated to conspiracy that refuses to discuss the Rothschild family. I don't understand this behavior... and this is the behavior of people who are supposedly well adjusted and normal!

who is the spoilt little brat ? I 'd eat you and spit you out like the pathetic little girl you are.

This post together with many others until fairly recently brings such nostalgia.

What a rare and incredible beauty there is to be found in the calm, neutral logic and intellect of an intelligent Psychopathic. A resting place where the mind becomes still and relieved of emotions that for some of us can be so overwhelming.

To any new readers arriving here, my advice (from experience) is to let go of indoctrinated preconceptions and just enjoy the moment.

Thank you for this blog.

Anonymous message is from me, btw