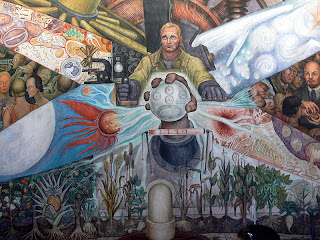 One trait that is absolutely central in Narcissism is their inflated view of own importance. Another commonality is their egocentricity and their grandiosity. However, these traits are also very common in psychopaths, and many people think the two conditions are one and the same.

But whereas these are traits that are not only common, but necessary, for an individual to be given the Narcissist diagnosis, they are not necessarily present in all psychopaths (though they are indeed very common), and they're also not present to the same degree in every psychopathic person.

In many psychopaths the grandiose element lingers somewhere between the barely noticeable and the obvious yet not clearly dominant in comparison to other of the psychopathic traits they have.

In Zhawq (<-- that's me, your humble host! *big smile*) egocentricity was apparent from very early on, and it is something I can easily see when I compare myself with my more common mainstream surroundings.

- But descriptions such as 'inflated sense of own importance' and 'obvious grandiosity' is a little harder for me to see... most of the time, that is.
In writing it seems more obvious, especially when I strip off all the manipulative pretense, that I've been habitually using to alter and color the appearance of my expressions whenever I communicate with others.

I am not alone in doing this, nor are psychopaths the only group of people who do it. Everybody do it! The difference between non-psychopathic people and me probably is that if they stripped off all pretense and coloring from their expressions, the result wouldn't be so very different from what it is when they use pretense and coloring. But the difference between how I seem when I include pretense in my self-presentation and how I express myself, and when I am being completely honest, is enormous!

I can tell quite easily from the reactions I receive when I uphold my frankness while engaging in debates on various forums and message boards where antisocial and psychopathic subjects are being discussed.

In my offline reality I mostly create my reputation as a forthcoming, frank and energetic person who is very willing to help people (especially with psychological, relationship, and general social interactive and self esteem issues), but who is also (sometimes brutally) honest... the kind of person who 'takes no shit' and demands the same honesty from others that I give myself. It's a reputation that makes some people afraid of me - especially those who have something to hide, but regrettably also some of those who might benefit from the "therapeutic advice" I am known for being able to provide. Mostly, though, it means people have great respect for me and that they are careful about what they say in my presence, careful to not lie, plain and simple.
This is the most common reputation I build for myself around neurotypical people.

But I also sometimes create a reputation for myself where I am known to be a very forthright, honest, very helpful, kind and understanding with great respect for the feelings of others, and as a very humble person!

As my Reader is aware of, both of the above descriptions of my offline reputations are results of my manipulation; especially the latter doesn't have much in it that fits the real Zhawq profile.

I am not humble. And I don't think I have reason to be humble! - Do I think I will ever face a situation where I should be humble?... As things are at present I don't see much that speaks for this being very likely. Yet, I won't say it's not going to happen. And if it happens some day, if I somehow get into a situation with a person or entity that calls upon this feeling in me, I will not have any problem with showing it.

This is the difference between me and a narcissist: To the narcissist being so great that he has no reason to be humble is his main priority. But to me it doesn't matter! I can be humble if there's a good reason to be so, it doesn't hurt my self esteem to meet someone who is better at something or overall a greater person than I am. I'll jump at the opportunity to learn something so I can grow myself, and how can that be negative?

I'll investigate Grandiosity in more detail in the future. In the meantime, I hope everybody are feeling good as the people you are.

Good article.
I think the main difference between narcissists and psychopaths lies in the flexibility of their masks. Narcissists masks (if they even have them) are shallow, whereas the psychopath is much more sophisticated.

Yes.
Narcissists will boast about their evil ways, too, making a fool of themselves, and alerting everyone to their personality. They'll readily tell you how they get away with this and that without the knowledge that they know it is manipulative!

I find that the most striking difference between psychopaths and narcissists is in the emotional drive.

I'll be writing more about it in a future article.

I've also read that there are two subtypes of narcissists - stable and unstable.

Stable narcissists genuinely consider themselves better than others. This type often overlaps with psychopathy.

Unstable narcissists, deep down, feel like worthless, horrible people. But acknowledging those feelings is too painful, so they cultivate the delusion that they're perfect and wonderful and try to get others to reflect this back to them. This subtype tends to overlap with borderline personality.

So then, is this site about trading info with authorities on us in exchange for your freedom ? Where does your interest lie ???