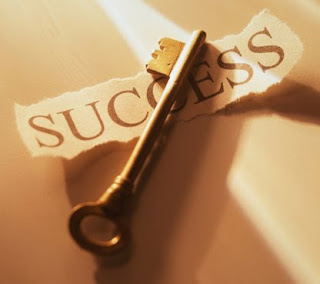 Once past a prior major defeat I cannot again see it as thus. The moment I face defeat my mental approach changes the whole perspective of the event, and what lies ahead becomes my new aim, my new potentially greatest ever defeat, or victory as it may be. And that is why I say now: Only once have I faced a situation where I was absolutely certain that this would represent my final defeat.
I had almost convinced myself that if I could not have my way with this one thing I wouldn't want to live. This is something I've tried to convince myself about before, though in a different manner, when I once spend several months attempting to 'impersonate' depression. I tried to make myself depressed by persistently imagining the emotion. This time it was cancellation of my life I'd had in mind. I will not go into specifics about the subject of my battle, but I will say enough to give you an idea about the nature of it all. - Trying to get my diagnosis recanted last year was part of this plan that I aimed at getting my way with no matter what.

Yesterday I was at a meeting where the main part of it all would be decided.

When I prepared to go in the morning, drinking a cup of coffee before I left my house, I thought that I should be nervous, but I wasn't. Having forced hearings multiple times over the last ten years, I knew my odds weren't good, but that's something that has never held me back or stopped me from pursuing my goals. And this time I actually had the benefits of being able to afford a good lawyer, one who might even be able to steer the whole meeting around my diagnosis so that it wouldn't get in the way in terms of how the panel viewed my case and petition.

He called me 45 min prior to the time we should be there as I had asked him to do, and he was more nervous than I have ever been. This was my doing also. I had prepared him mentally, making sure to 'install' in his mind the sense of urgency about this project that I couldn't feel myself. And knowing he did his best performances when he had invested emotionally on a personal level in a case and, therefore, was nervous knowing a lot was at stake, this is how I made sure it was with how he felt about my case.

At the meeting my lawyer did his best, which wasn't the best. But that was okay, because the others present at the hearing were open to me, so I pretty much took over from the beginning, giving my lawyer subtle cues when I needed him to point something out I didn't have the professional position to state or claim myself.

Still, as the hearing proceeded it became clear that what I have been working so hard at getting realized and 'blue-stamped' would never come to pass. It would be denied for reasons I could not have anticipated, because I didn't have the data to found such knowledge upon.

I knew it would end badly, because my performance, my facial expressions and body posture, etc., were perfect and would have created a different response if the result had been success, and I also knew I would, finally, have been successful had it not been for those new details that I didn't know about. Two years ago those details wouldn't have made an obstacle, but now they did because of a certain impact that time itself has on this type of situation.

As I write this rage begins to build again!...

It rises, because I know that my petition - which would now be denied - could've been carried through, so many times before over the last 10 years... and easily so in the first years... yet it has being denied me each and every time... all until now. And now I would at last actually have been successful.

But I will not allow anger to get hold on me. It is done, it is in the past, and I must look ahead...

As me and my lawyer drove away after the meeting I knew I had been defeated. The battle I've been fighting on an ongoing basis for ten years - and which has been my main focus as it's success formed the basis of my future line of action - has finally given a result, an ending that carried one message: Defeat. We headed back towards my apartment in his comfortable Mercedes (great car!) and stopped a couple of times on the way for a cup of coffee and a smoke, and I kept playing the role of someone who had been defeated.

But all the while my mind was already pondering the prospects and possibilities of my "new" situation: How can I use this? How can this new scene be used to my advantage?

And by the time I got home and closed to door behind me I knew how it was, I knew that in my heart I felt: I am NOT defeated!... As the Afternoon drew near the time when it transitions into Evening, I knew I had not been even close to true defeat on this day. In fact, I have never been close to true defeat. As I write this I know how it is. And it is simple, yet so incomprehensible to most people...

I cannot BE defeated!! ... I will always be the Winner in my own game... That, which we call Life!

I also realize that this is not unique for myself as a person, as I used to believe. It is in fact something I share with psychopaths in general ... at least with psychopaths of my type, or category, but I suspect it is common for psychopaths of most categories. And it stems from that trait I mentioned in this article's Part 1: Magical Thinking. Magical thinking is an incredibly powerful phenomena...

I cannot become depressed. I do not become nervous, even if I try to. - Anger, rage, and frustration, yes. Indeed. But I will win eventually! If not by what I've been trying to do in regard to yesterday's hearing, then by other means. And you better believe it: I will win!

I am a Winner!
I have always been a Winner!
Every Defeat I encounter, I turn into Victory!
I cannot be defeated!
I will win!

have you ever "won" something and then lost it ? And then were upset that you lost it because of magical thinking?

'Oh look what you've done; you've made a fool of everyone'

Winning is the purpose of my life. I don't even have to try to think that way it come to be naturally.

shit happens, so yes, I've lost something after winning it first.

I guess I've been 'upset' because of it too. But mostly I become frustrated, and annoyed. I may think I should've known better, but I may just as well think I didn't have the proper information available in order for me to make the smarter decisions. In either case it is frustrating to loose.

Yeah, I agree. It's not something one needs to think deeply about at any rate. But obviously not everybody are like you and me in this regard. And I don't think it can be learned.

I've commented on Part 1, complaining that there weren't details about your big defeat. I guess you were talking about this episode.

Do you think death will defeat you eventually? What is your attitude towards death?

yeah, time and time again in my life this has led to people shaking their heads and saying "he's mad". It is is a pure form of the never say die attitude imo, from which accomplishments usually arise.

It is said we have no empathy, but the way I see it, your one of my people. When you finally updated I dreamt of a shark. I want to take the fight to the system on this front. It could be/ have been me in your position, and I can just imagine the whirl wind of anger . If "psychopaths" have no feelngs, empathy, fear, then I must be the new model. But guess what, I'm far from alone....
Hang in there shark, you'll fuck 'em eventually.
Hell, we'll go tag team on the lot of 'em

"I had almost convinced myself that if I could not have my way with this one thing I wouldn't want to live." & "This time it was cancellation of my life I'd had in mind."
It seems like you're submissive to idea of victorious you...Submissive to the point of giving/taking away your life for.
Don't get me wrong, I have no intention to offend anyone, just explaining my point of view...