To Intellectualize or Not To... (Part 1) 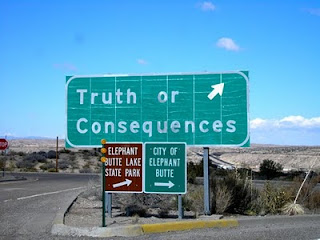 I came across a short Article the last passage of which begins:

Formerly known as "psychopathy", this is one of the most controversial mental health diagnoses. Does non-conformity, however antisocial and calamitous its consequences, amount to mental illness?

Are the lack of conscience or empathy the markers of a pathology? Some scholars decry this diagnosis as a tool of social control which allows the establishment to label and confine troublemakers and society to stash away eccentrics, criminals, and deviants.

The Article's main body tries to say too much in too few words, and therefore it only sums up the most well established, but also the most one-eyed, oversimplified "facts" about Psychopaths, wherefore it also comes out as somewhat "superstitious" in it's dire belief in our inherent evil.

That said, those final lines I cite above hold a lot of truth. I could list a variety of facts in this regard which I have either heard of or observed, and in some cases been subject to, myself.

However, that is not what I want to do here. I am not disputing that Psychopaths do sit with a good heavy load of misdeeds, yes, I know we're responsible for comparatively more 'shit' in a lot, if not all, regards than are the empathic normal people, but there's another line that brings up a question with me. It reads:

They (the Psychopaths) intellectualize their criminal behavior, view the world - and people in it - as "all good" or "all evil", project their own shortcomings unto others and force others to behave the way they expect them to ("projective identification").


The definition of the word 'Intellectualize' has more than one layer, one of which is that it takes basis in a drive towards avoiding inner confrontation with emotions that has strong unpleasant content. In this respect it may apply to people with AsPD (and probably does), and it most certainly applies to normal empathic people in general, for everybody intellectualizes their behavior!


But for Psychopaths it's different. We 'Intellectualize' not because we have an emotional understanding that we want to avoid for whichever reason, we do it because we lack the emotional application yet understand that to others emotion is the main part, and that Reasoning with basis in emotion will always be the part which eventually can bring them to force consequences upon us for deeds we did.

To someone like myself there is absolutely no sense in accepting an uncomfortable Consequence for something you did in the past if you can change or avoid it by turning things around to, or into, a different Perspective.

That is why Intellectualizing is not the same as Lying.

"They (the Psychopaths) intellectualize their criminal behavior, view the world - and people in it - as "all good" or "all evil", project their own shortcomings unto others and force others to behave the way they expect them to ("projective identification")."

I’m curious about this statement. The concept of people as “all good” or “all evil” is something that I, and many with my condition do – Splitting. There’s little intellectualizing it though. It’s all about how we /feel/ about an interaction. The sentiment only changes depending on how we feel about the next.

The idea of ‘good’ and ‘evil’ seem to carry an emotional weight to them. Maybe that’s just my perspective. I would think something like ‘useful’ or ‘not useful’ / ‘beneficial’ or ‘detrimental’ would be more appropriate. From those I can see how something could be intellectualized to provide a guide for future actions. What do you think?

I don't split people into the good or evil categories. I put them in the benefit or threat category. Since I have higher than normal levels of paranoia, it tends to be, people start in the threat category until they've proven otherwise, unless I think they're innocuous.

Interesting TNP. When people are in your "threat category" what kind of things do you do to prove to yourself that another is innocuous?

And when you then want something from the innocuous one, and you put the screws to them, will you come clean and fess up to the one/s you've hurt? Like give specific details on how and why you did so, with who's authorization. etc, or is everything on your magnanimous secrecy. -Kind of like: "Trust me, I am a good person because I recycle"

I should clarify. I don't mean literally a threat, or literally innocuous, but how the pose to influence me, or those around me.

An 'innocuous' person could be a hardened killer who is a good acquaintance of mine, or something along those lines, and a 'threat' could be a soccer mom with big ears and loose lips. I hope that makes more sense.

The statement you quote is false. I think it's a mix up of Sociopaths and Psychopaths again. Psychopaths in general do not think in terms of good and bad/evil.

We understand it from an intellectual perspective, and use it, that's all.

So no, you were not just arguing semantics. :)

"I don't split people into the good or evil categories. I put them in the benefit or threat category. Since I have higher than normal levels of paranoia, it tends to be, people start in the threat category until they've proven otherwise, unless I think they're innocuous."

You must have a lot of exceptions to that rule. ;D

I'm not sure you answered Anon's question. But maybe he should decide that for himself. *s*

No, he was prob just leaving details out, and being vague for the sake of his adoring fans. Not everyone here needs to know someone's entire truth. Right?

I was hoping to find out about the blank stare. It is a look that says, I have no idea. For the adopted daughter that we have, you can't ask her a single question because she never answers any and has a blank stare. She never own up to anything she does. She will come out of the bathroom having just peed on a towel. You can ask her if she did it, and she gets that look. You can tell her that you notices, she gets a blank look. You can say, the pee is warm and wet on the towel and you just came out of the bathroom, and she gets the blank look. We never respond in anger, and we try to remain emotionless in reponse with her because she plays on it. We keep things from heating up. We don't ever lay a hand on her or yell at her so there shouldn't be any thought that she responds this way because of fear (but she has no emotion of fear). So, why is every thing you say to her with this look? She is always trying to read a face to know how to respond. But, is this look because she can't process the information, or is this look because of something else? She does it with everything, and I mean everything.

Let me give on more example. She left a huge pile of poo in the toilet and left the bathroom to smell up all day. Knowing she was trying to exert control, we ignored it (her bathroom is right across from her room). By evening (mixed with summer heat) the smell filled the whole second floor. She layed down to go to bed. I took her fan and didn't say a word. I left quietly into my room with the door shut. She immediately, as fast as she could move herself, went into the bathroom. It took about four flushes and a plunger she used to get all that poop to flush. I quietly put her fan back into her room not saying a word. If I had said anything to her, then she gets that blank look on her face. No matter what I would have said, she would give me that look (can't tell her to make better choices or anything because any attention makes her do it ten times as much). So, can you help me with the faces of psychopaths? Can she intellectualize things I say or is this merely everything that is said to her is reading faces to exert control. It is hard to interact without it going on. I am stumped.