Maybe not so barren! 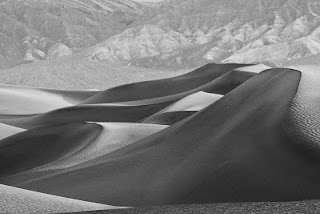 
I am not barren!


I make the above statement right away, so there'll be no mistakes about how I view myself in this respect.
.....
I often hear people with psychopathic personalities say things like:
"I understand I'm empty because I can't feel Empathy and Remorse, and I rarely feel fear!"...."I am an Empty Shell!"


Sometimes I hear these kinds of statements from people whom I find otherwise show uniqueness, intelligence, who have the ability to apply their intelligence and actually analyze and see through the facade which makes up the farce which is the normal majority's version of reality, and have the sprite to oppose their naïvete and their fallacies, and the drive to assert it in writing when you find someone who is worthy of hearing what you have to say.


That is not empty!

And it's a shame that so many see it that way.

Then again... Yes, it is empty. But only if we see ourselves from THEIR position, if we evaluate ourselves on the basis of THEIR emotional viewpoints!

But that is the greatest danger:
Whereas we have to take on their terms to some extent in order to communicate in their world - which is largely ours too - there is nothing that says we must take on their conclusions of what our differences from themselves mean.

So when they f.x. call me 'empty', I call it 'Clear Headed', 'non-deluded'... I even call it: 'Having Depth that goes beyond what their own shallow capacities enables them to comprehend'!

This doesn't mean I don't recognize that there are emotions I really cannot experience, and perhaps it is true that many, or perhaps all, of the emotions they claim I can not feel... Things such as Empathy (at least in their sense of the word), Remorse (in any sense of the word), Sadness, Fear (beyond a certain "superficial" level), etc., I really can not and never will feel.

The point is that I can experience a lot of things that the neurotypical majority of people can't, and never will, be able to experience!


I will create two categories of examples:

A.)
I can sense and experience aesthetic pleasure from most forms of art (some from a purely intellectual level, but nevertheless, I experience it and find a form of pleasure in it.
I know about pleasure in the sight of a beautiful woman.
I can know the satisfaction on the end of a day where all of my efforts have bought fruit and turned out well, perhaps beyond my expectations.
I also know the satisfaction and relief when someone close to me, who has been worried or depressed for some reason and therefore made their company less joyful and relaxed, suddenly gives me that certain special smile that tells me I've succeeded in making them feel good. - It does not "bright up my whole day" like I've heard many normal people describing such an experience, but the experience itself, when it happens, is real.

So yes, I can experience - if not the exact same things, then at least varieties of the same things that normal people describe.

B.)
But! ...I can also experience the same aesthetic pleasure from some of the things they call horrible or even disgusting, such as f.x. a mutilated corpse in a pool of blood. I can see the aesthetic notion that drives a killer to leave their victim in a certain arranged position, even if I myself would never dream of killing someone because of an inspiration of this kind. I am not an artist, though I could picture myself doing something like that in the context of directing a movie.
I can also relate to the victim of year-long physical abuse who takes a horrible revenge on their abuser, just as I can relate to the abuser who has worked maybe for years on molding their victim into becoming Negative Still of negation to what they were when they meet the abuser. I can relate to that drive towards touching someone so deeply, and acquiring the ultimate power that enables them to force the other person to willingly become the instrument of their own destruction.


These things, in the B.) Passage, to the majority of people is merely horrific, distasteful and 'bad'. They will never be able to see the aesthetic aspects in both of the two categories I've listed above.


The point is that we... or I, anyway... may in fact be not only not emotionally barren, but quite the opposite!

It's a question of the ability to see things from a variety of perspectives, and not always only from the viewpoint of your own ingrown viewpoint!

It is always a matter of perspective, and from my definitions of what I can feel or not feel I do not look so barren after all. In fact I'll say that:...

I am not Emotionally Barren! And it feels damn good to be me!!

I think you paint too many of us with the same brush. It is fortunate for you that you feel a larger range of emotions than what is average-but not all psychopaths do. I do not deem myself an empty shell because an empath told me I was-that's laughable. I call it that because I have no (or very very few) natural predilections or tendencies. I have no passionate opinions or strong beliefs. I have to build a character (or characters) from scratch and use opinions that would match who that person is.

That does not mean I am not intelligent or capable of displaying those characters with absolute believability and charisma- that is in fact, what I've been doing since I was an adolescent.

An oft heard phrase among psychopaths is "I can be anyone you want me to be." I believe that is because, for many of us that emptiness is really potential. The ability and freedom to be anyone you need to be. We are a diverse group, which is why your views in particular fascinate me. You have a perspective on things that I do not commonly hear.

I believe there are categories of psychopathy. We all share the general traits of lack of empathy and remorse-but the emotions we DO have seem to vary drastically.

I've never felt empty, or with a void, or some shell, that is empath-babble to describe something that we don't have, and don't need.

I'm one of the mos content people I know, and I tend to find beauty in a lot of things people don't.

I see a lot of beauty in nature, and I adore biologic structure, design and aesthetics, even if it's a simple type of grass seen up close. I used to do a lot of photography amongst the green.

The same goes for the macabre, in both beauty and in humor. Sometimes I'll see an aftermath and have a good little laugh, whether it's the pose, or the ridiculousness of the situation.

I don't think we have voids, or are Barren. I think we have a swirling, malleable pool of potential where others simply have a solid rock for foundation. Both are useful and serve a purpose, we simply can do more.

I'm confused. Correct me if I'm wrong but Isn't psychopathy/sociopathy (in part) defined as a lack of remorse and empathy for other people. From what I've read and understand from stories that many have blogged, it's not that you can't feel or experience emotions, it's the feeling for others that is not present. That doesn't inhibit the appreciation of other experiences. So that people have these beliefs is really a product of their own ignorance not a prolific short coming on yours.

Always such black and white thinking. Either full of emotion or barren. Think love without sentimentality, rage without regret, lust without thought of consequences, greed with justification. Those be big emotions!

Psychopathy is defined by a lack of range as well of lack of depth of emotion.

Sociopathy can exhibit the same kind of symptoms, but generally do not lack them in the same way that psychopaths do.

The issue I am writing about in this article is that I myself do not feel this lack. And how can I? I've never known anything else. To me it is really all there is, and I don't have the background for estimating whether or not I am really barren or not.

It's a matter of perspective. to me I am not barren, to non-psychopaths I am barren and always will be.

I tend to see things in extremes. That is how I am, it is part of my condition, you might say.

It's true our depth and range of emotions in between vary, but there is always the same fundamental lacking emotions which can be named, and have been named often.

These days I am beginning to learn for the first time ever how so called empaths see me. It's new territory indeed, and I can't help but feel in opposition to some of the things I learn. But at least I'm beginning to understand that is how they really see it, that they're not faking it or using a non-existent empathy as an excuse to make themselves look good. That's what I used to think.

It seems to be a topic of confusion . I think I must be on the higher level of feelings- remorse is foreign to me, rarely feel fear and the empathy topic still leaves me a little dazed. Other people seem to need other people, which seems odd, and although I do seek something from people, I never feel emotionally satisfied. I think this what is meant by void and lack of empathy. As far as feelings go, I can come across as very emotional, or very distant cold. My own personal feelings are very sensitive and easily hurt, at which point I become clear again. I don't feel feeling for others much, only my closest family, in certain circumstances. I do notice my feelings are often different to others and I put this down to a different perception. I also notice others can actually feel someone else's feelings at times, I cannot do this.