But he's STILL a Psychopath! 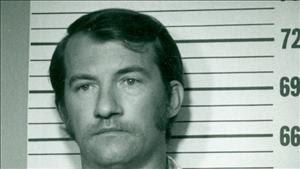 I found this small - but ground breaking - news story from The Associated Press about a rapist with more than 90 child rapes behind him plus a rape of a grown couple at gun point.
He has been in jail since late 1979 and appeared before a parole board today, eligible for early release to a halfway house.

He isn't ready, because:

He says he drew that conclusion from a review of records of Rydberg's treatment in prison, and he was even more convinced after hearing Rydberg's testimony last week.

Rydberg has disputed his diagnosis as a sexual sadist. He acknowledged his victims suffered, but said his motivation was his own pleasure not to inflict pain.

A special three-judge panel is considering whether Rydberg deserves a provisional release from the Minnesota Sex Offender program into a Twin Cities halfway house.

I don't know if I shall feel sorry for this guy or what. I mean, all those years and he's STILL a psychopath!

Maybe it's what he said. Maybe he would've been considered Cured of Psychopathy if he'd said that his motivation wasn't his own pleasure, but to inflict pain!?

One can then wonder how on earth he would manage to be satisfied if he wasn't receiving sexual pleasure during the rape. On the other hand, maybe the point is that IF he'd managed to do that he'd have been deemed masochistic, and Psychopaths can't be masochists?, or masochistic Psychopaths can be cured? ...I mean that's got to be something of an achievement, to NOT becoming aroused and all the while still completing the act of rape AND keep focus on whether the victims were in pain or not.

If he'd been smart and a little bit foreseeing he'd have spend all those years thinking up the right story, but he probably spend them daydreaming about sex.

I can see though why thinking up the right thing to say might have proven problematic, since no matter what a person says it can be taken as a sign of psychopathy. Yeah, we've all been there, right? Thought so!

Nobody has been permanently released from the program since it began in 1995, and critics question its costs and constitutionality.

Now it just may be that I have the secret solution to that. - Shall I risk a guess?... - Okay, here goes then:

Maybe Nobody has been permanently released from that program ever since it began because Psychopathy can't be permanently cured!!

He should've stuck with Psychopathy!

If you want to view the few minute long video footage, click here!

See, this is classic apples and bananas in the law code.

Law makers and judges can't get their heads out of their asses and leave the circular logic.

I've been seeing this time and again in laws around countries, and I'm starting to think that stupidity is the rule on law codes around the world. People have one law or policy because of reason X, and further then they uphold a law for reason Y, wich is the backwards principle of X. It's double standards everywhere.

HA! Thank you for making my day. What a great argument "He's still a psychopath!" Personally I think a better argument would be "he still wants to diddle kiddies-but I guess I'm a bit biased. I don't think it takes a psychopath to rape 90 kids, what a prejudiced conclusion empaths! I'm deeply offended.

Honestly though, I consider pedophilia a sexuality, Pedosexuals if you would. So, just like any other ingrained sexuality, you don't stop wanting to fiddle children just because you've been locked up a while- I mean, you may queer it up a bit while you're IN jail but once you're out, "Disneyland here I come!"

That being said, I love when 'experts' make themselves look like dumbasses in public. But then again- what do I know? I still haven't gotten my Psychopathy Vaccination yet, I'm liable to be lying.

THis brings some thoughts to mind...

I agree with ZKM that it is a type of sexuality to some extent (under 10? Give me a break, that's just fooling a little kid)

Although I don't have any moral grounding here, I do think the punishment should fit the crime if caught, I'm sorta old school like that.

Violent Rapists I think should be castrated. And by violent, I mean Assault + Rape, not simply Rape + Defensive attacks. Perhaps repeated rapists too (Two strikes costs you two balls)

If they guy likes to have sex with kids, it can't be helped. I don't know if he was a violent rapist, or was simply rough, but I think it's an important distinction.

Why lock someone up for over thirty years costing the State a shit ton of money when you can just lop off his Johnson and make him do a few years of community service while on probation?

See, this is classic apples and bananas in the law code.

Law makers and judges can't get their heads out of their asses and leave the circular logic.

I've been seeing this time and again in laws around countries, and I'm starting to think that stupidity is the rule on law codes around the world. People have one law or policy because of reason X, and further then they uphold a law for reason Y, wich is the backwards principle of X. It's double standards everywhere.

To the notable path and all the other judgemental attitudes - you may be better off else where - we don't care that he fiddled kids. Hearing your presumptuous moral indignation jumps out like dogs balls and makes me want to cut your bellies open. Nothing personal, I just despite weak critters like you lot. Ironic article, know the playing field I'd call it